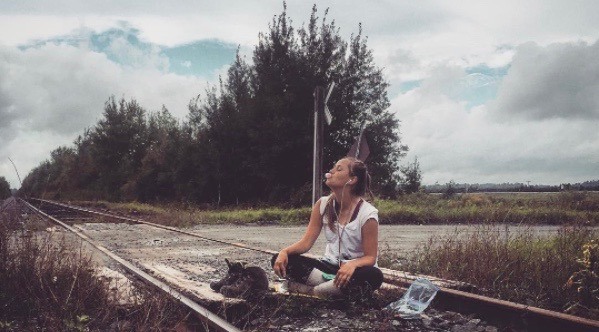 Canada is a huge country. Massive really. The second biggest in the world, in fact.

So the idea that we can have a pedestrian trail (not a road) that connects from one end to the other is absolutely astounding.

And it’s also something that looks to become a reality by 2017.

2017, in case you’ve forgotten, is Canada’s 150th birthday And the people behind The Great Trail intend to have all 24,000 kms connected by the time we’re all ready to celebrate our sesquicentennial (trust us, you’re going to have to get used to seeing that word). 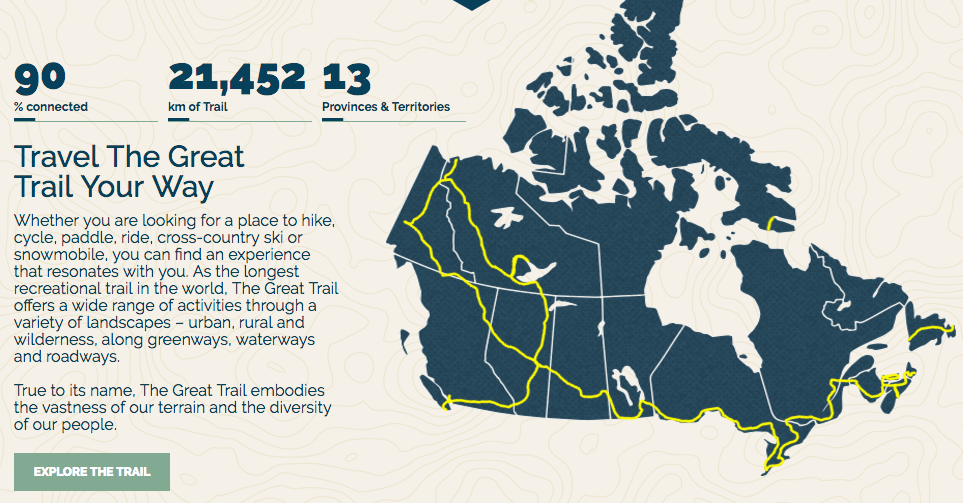 The not-for-profit organization, Trans Canada Trail, was created in 1992 and has continued to expand through the consistent generosity of donors. Something you can become by giving to the trail right here.

Wil Can Fly on #thegreattrail? This is an amazing photo project. — Wil peut voler sur #legrandsentier? Ceci est un projet photo tout simplement merveilleux. For all of you new followers who are wondering why Wil flies, head on over to the blog to learn more. Thatdadblog.com #wilcanfly #theluckyfew #downsyndrome #nothingdownaboutit 📷: @thatdadblog

The site’s interactive map is incredibly detailed and lets you engage with the trail in an easy and fun way –  letting you focus on small stretches of the trail, see photos, and learn about the trail type in that area as well as the history of its build.

“When we stand on The Great Trail, there is one common element that unites us from coast to coast to coast. It’s the view that all those travelling the Trail share – the horizon. This view is full of possibilities, discovery and adventure, linking 15,000 communities along 24,000 km. To follow the horizon along The Great Trail is to discover the beauty of Canada. Its vanishing point leads us across our country, through the wild, the rural and the urban, by waterways, roadways and footpaths.”