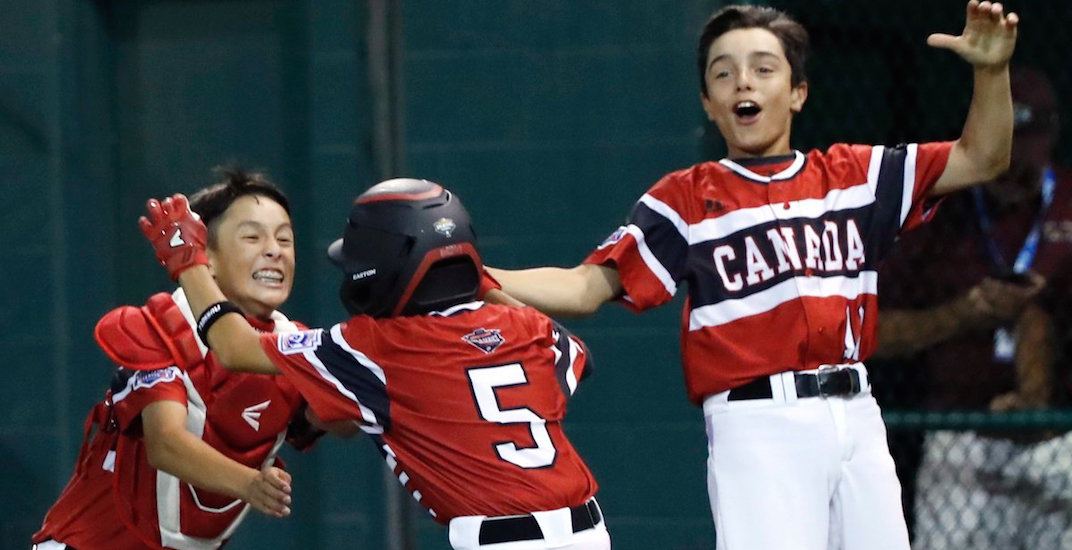 Whalley Little League, representing our country as Team Canada, is a team from Surrey, BC that has found their groove in Williamsport, Pennsylvania.

They won our hearts before the tournament even began, of course, rallying behind one of their players that wasn’t going to be allowed to play because of immigration complications. They fought for him, and won, with the Immigration Minister granting Dio Gama the necessary documentation to join his teammates.

This group of 10-12 year olds won over fans with their sportsmanship, with pitcher Zaeden Pleasants tipping his cap to a rival player after he hit the game-tying home run against him.

Sometimes, you just have to tip your cap. #LLWS pic.twitter.com/HYTWmaI32n

Canada went on to win that game in epic fashion, with a walk-off single from Joey Marino in the 10th inning (Little League games are typically six innings in length).

Here is the walk off hit from Joey Marino last night: pic.twitter.com/OtDN80nbiJ

Canada jumped out to a quick 5-1 lead, only to see Mexico narrow the score to 6-4 in the bottom of the final inning. With the bases loaded and the count full – not to mention the weight of the world on his shoulders – pitcher Nate Colina caught a come-backer to the mound for the final out of the game.

.@WLLBALL and @LittleLgeCanada hold on for the 6-4 victory by snagging a liner to finish out the game with the bases loaded. #LLWS pic.twitter.com/KPZGJ6KHut

Kai Sheck scored three runs in the top of the second inning with a bases-loaded triple to give Canada a commanding 5-0 lead. Other RBIs came from Colina, Gama, and Jordan Jaramillo.

Canada is now just two wins away from the International Championship final, and will play Puerto Rico on Tuesday at noon PT / 3 pm ET.