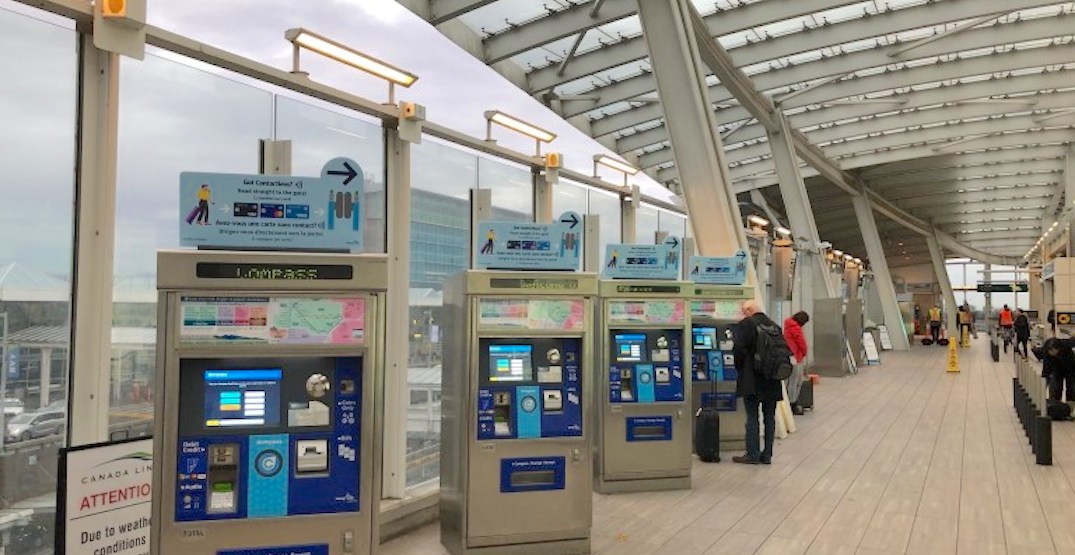 New wayfinding signage at the Canada Line’s YVR Airport Station now better informs tourists unfamiliar with TransLink’s public transit system on how to get around.

According to a new post on TransLink’s The Buzzer, staff with Vancouver International Airport and the public transit authority collaborated on the improved signage to help riders determine what transit fare they need and how to pay for it.

The improvements include bilingual signage informing the ability to “Tap to Pay” using contactless Visa, Mastercard, and American Express credit cards, which allows riders to skip the lines for the Compass Vending Machines.

New maps also have colour-coded fare zones, and there is even signage with fares to popular tourist destinations such as McArthurGlen Vancouver Airport Outlet Mall, ferry terminals, and cruise ship terminals. 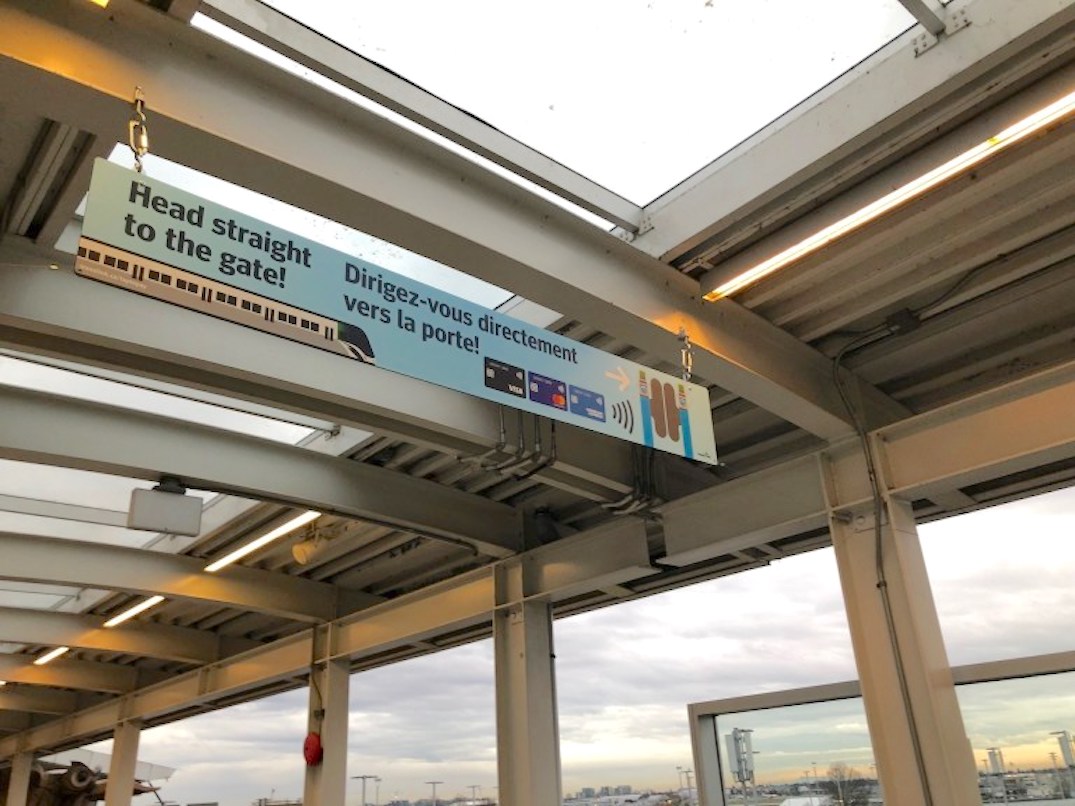 “Previously, Canada Line Attendants would sometimes have to help customers calculate the fare to popular tourist destinations such as downtown Vancouver, Canada Place and the ferry terminals,” reads the post.

“Now, with better signage, it’s clearer and all our customers can have a better experience at the YVR–Airport Station.”

In 2018, YVR Airport Station saw an average of 8,500 weekday boardings. There were 3.01 million total boardings at the station for the year, making it the 22nd busiest SkyTrain station. However, it is one of the SkyTrain network’s fastest-growing stations for ridership, with total boardings up by 25% between 2016 and 2018.

TransLink is also in the process of redesigning its wayfinding signage for both the Canada Line and West Coast Express so that it is clear and informative and more consistent with the recently established standards on the Expo and Millennium lines, SeaBus, and buses. In 2018, VIA Architecture was awarded the contact for this new wayfinding design project.