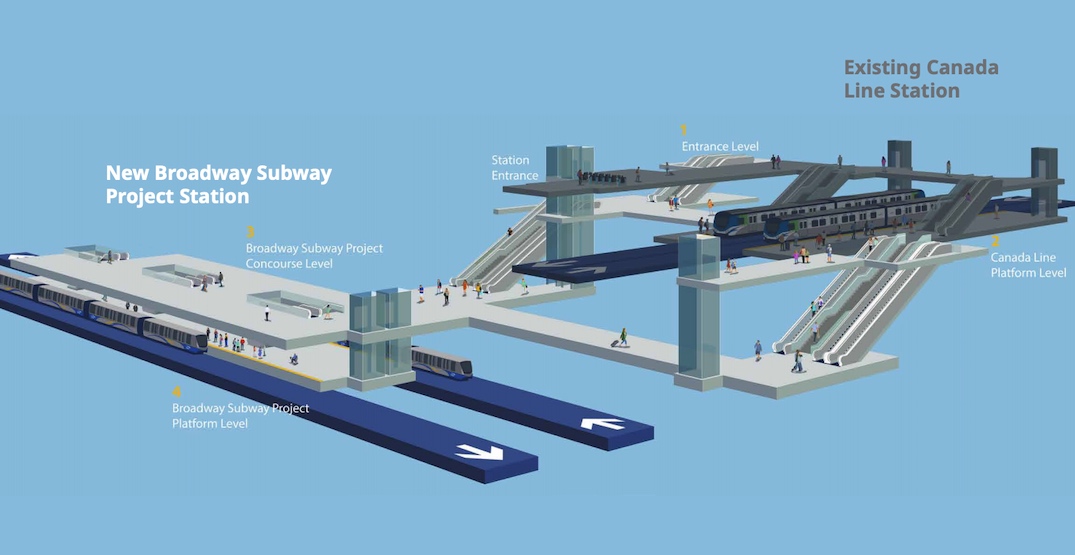 Ridership growth on SkyTrain’s Canada Line is expected to continue at an exceptionally strong pace, with TransLink forecasting a 16% increase in ridership by the end of the decade.

But these projections can be considered highly conservative, given the Canada Line’s immense success with attracting ridership.

The Canada Line has consistently far exceeded its ridership targets.

During the planning phase more than a decade ago, this SkyTrain line was originally projected to reach 120,000 daily boardings by 2025. In actuality, it achieved this ridership figure in 2012 — just three years after its August 2009 opening in time for the 2010 Olympic Winter Games.

In 2019, the Canada Line saw average weekday boardings of 150,000, and it was the first year the system saw over 50 million annual boardings.

Here are some major turning points for the Canada Line over the coming decade that are likely to boost ridership even further:

Capacity increases from the introduction of new additional trains this year will meet latent demand that was previously curbed by overcrowding.

Several new trains are already operating, but by later this spring all 12 new additional two-car trains — a total of 24 new additional cars — will enter service, increasing peak capacity by about 35% compared to 2019 levels.

With trains running up to one minute more frequently, this increases the system’s peak capacity to over 8,000 passengers per hour per direction (pphpd) from about 6,000 pphpd last year.

A higher capacity and a more comfortable passenger experience from reduced overcrowding could be another major driver for ridership.

Construction on the new additional Capstan Station — located at the northeast corner of the intersection of Capstan Way and No. 3 Road in Richmond, roughly midway between Bridgeport Station and Aberdeen Station — is slated to begin late 2020 or early 2021 for an opening in the middle of 2022. Both TransLink and the City of Richmond confirmed the $31.5-million project late last year. 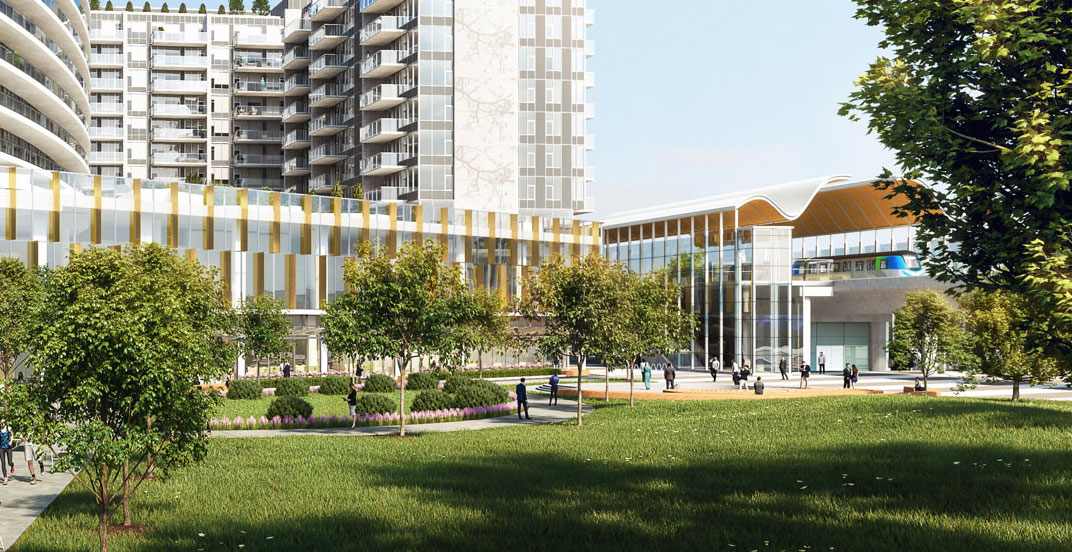 New developments within close walking proximity provide Capstan Station with a catchment area of up to 16,000 residents, along with new jobs from new retail, restaurants, and office.

Overnight in 2025, upon the opening of SkyTrain’s Broadway Extension reaching Arbutus Street, Broadway-City Hall Station will become a major regional transit hub from its transformation into an interchange between the Canada Line and Millennium Line.

The newly built 5.7-km-long, six-station section of Millennium Line between VCC-Clark Station and the new Arbutus Station is expected to see 140,000 boardings per day immediately — a staggering figure equivalent to the entirety of the Canada Line’s average 2017 weekday ridership. 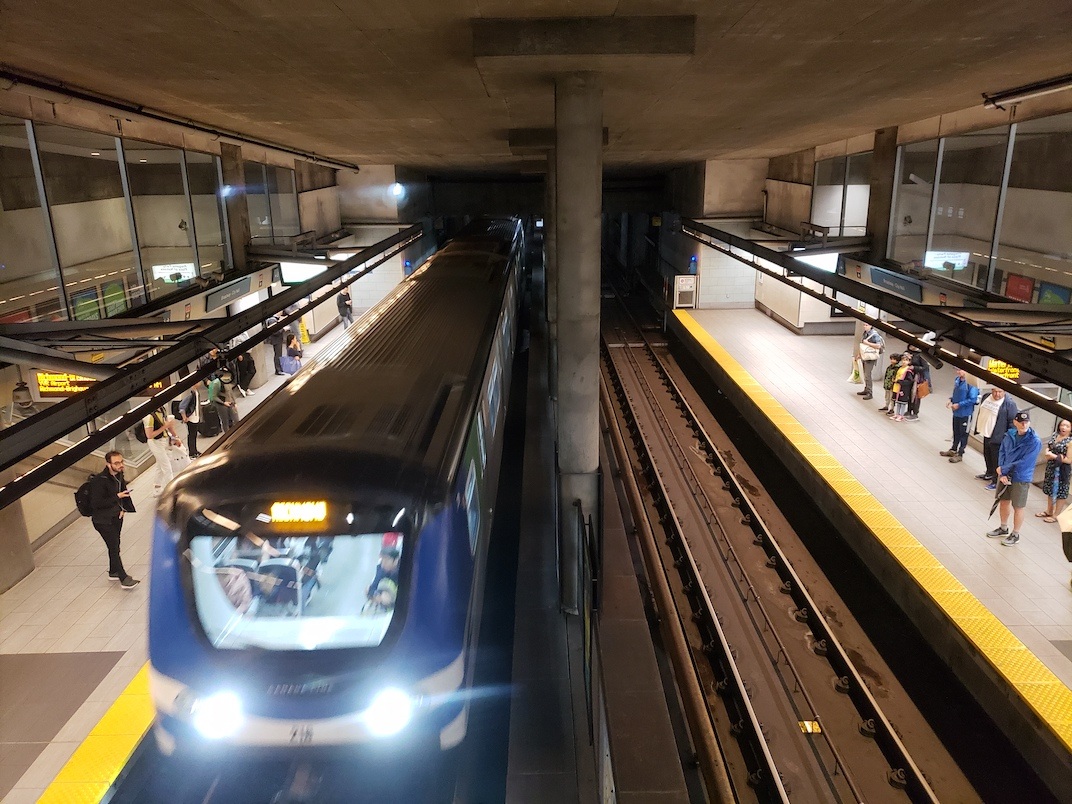 Data provided by the BC Ministry of Transportation and Infrastructure shows Broadway-City Hall Station is forecast to see 2,100 passenger boardings and 3,500 passenger alightings during the morning weekday peak period from 7:30 am to 8:30 am. This includes the volumes from passengers entering and exiting the street entrance, and the passengers transferring inside the station’s fare paid zone between the Canada Line and Millennium Line platforms.

Given the expected foot traffic volumes, the provincial government states the Canada Line platforms at this station will be expanded from 40 metres to 50 metres.

New strong vertical circulation connections — underground pathways, concourse areas, staircases, escalators, and elevators — to be completed as part of the Broadway Extension project will turn Broadway-City Hall into a machine that can accommodate future ridership flows. This includes a large underground mezzanine level above the Millennium Line platform level.

Some of the largest development projects along the Canada Line will be largely complete by the middle of the decade, including the redevelopments of Westbank’s Oakridge Centre and CF Richmond Centre.

Other major redevelopments of Onni Group’s Pearson Dogwood and Concert Properties’ Langara Gardens will also be in various phases of construction. The expansive site-wide redevelopment of Lansdowne Mall should also be well underway after the midway point of the decade. 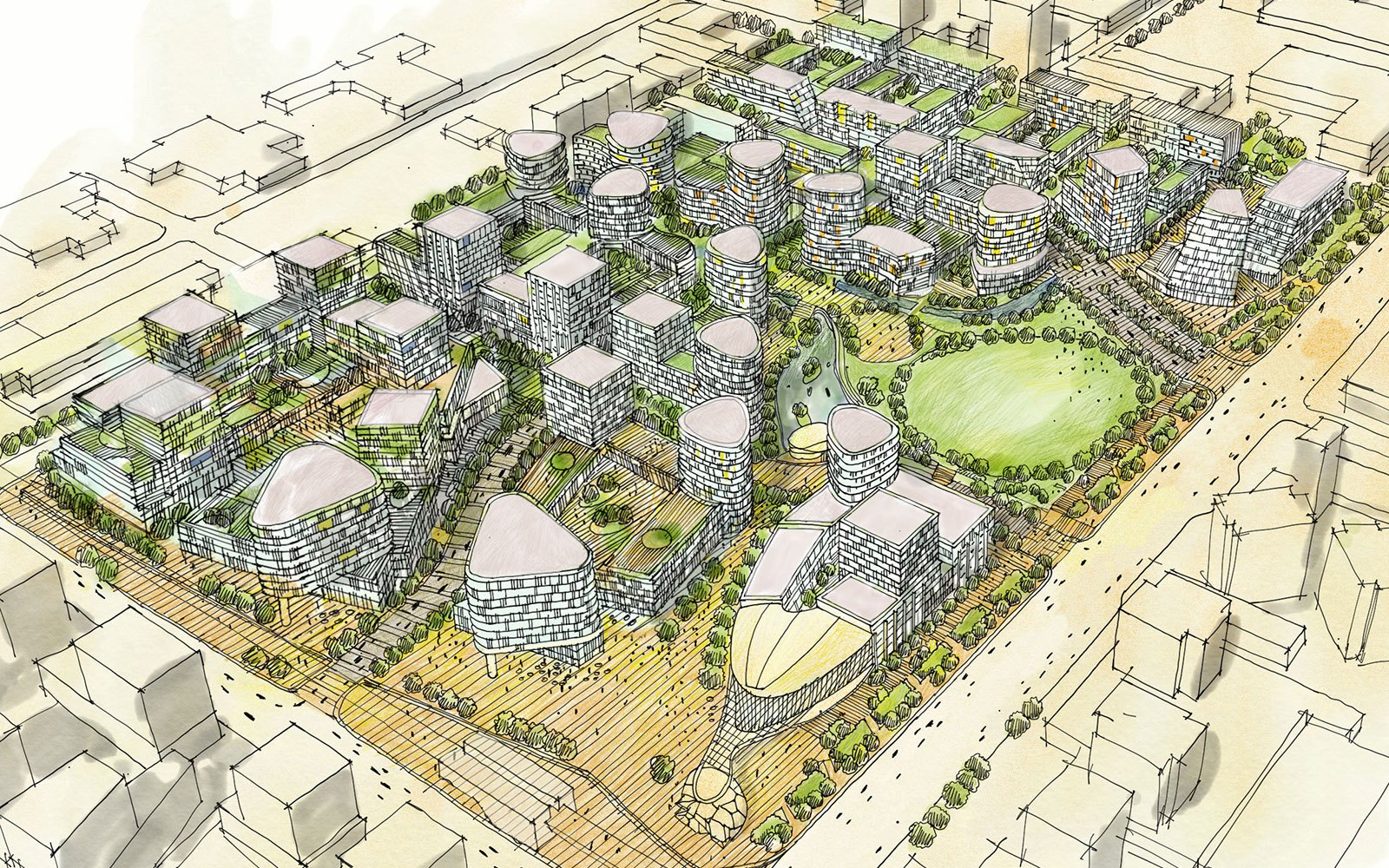 Other major considerations entail the numerous small-to-mid-sized redevelopments along the Cambie Street Corridor and No. 3 Road Corridor, and strong office worker growth in downtown Vancouver fuelled by the expansion of the tech industry.

Additionally, other factors that will add to Canada Line ridership include improved bus connections that feed into the stations, and continued air passenger growth at Vancouver International Airport (YVR). Currently, 21% of all YVR passengers use the Canada Line for their journey to or from the airport.