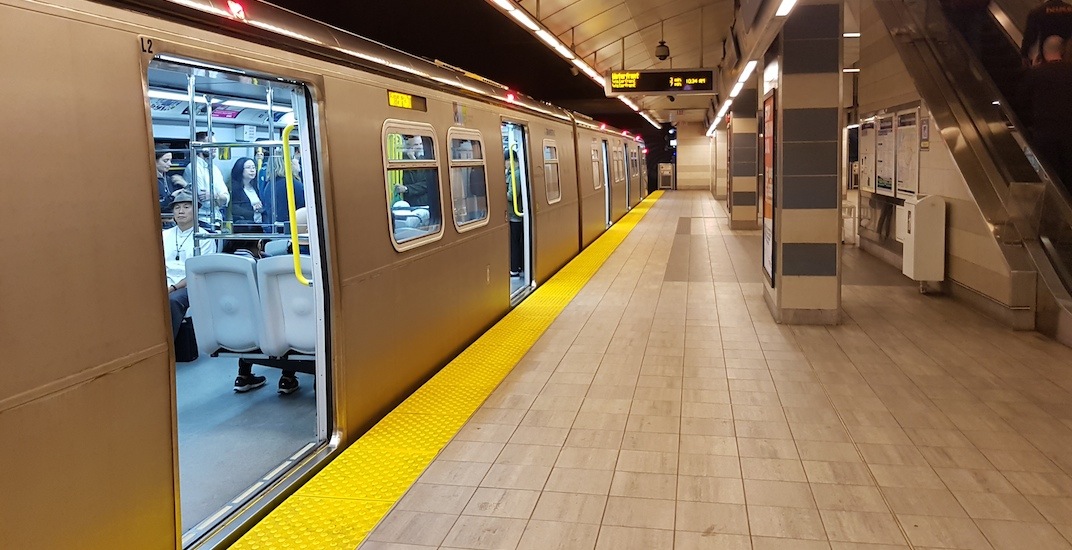 Over 50 unionized janitors with the company that has been responsible for cleaning the Canada Line since its opening in 2009 are out of a job as of today.

GDI Integrated Facilities Services is no longer the company cleaning this SkyTrain line, as Protrans BC has switched to a new cleaning contractor, Tricom Building Maintenance.

The Canada Line is TransLink property, but it is privately operated by Protrans BC, which is a subsidiary of Quebec-based engineering giant SNC Lavalin – the company that designed and constructed the system and has a 35-year operating and maintenance contract.

According to an unfair labour practice complaint by Service Employees International Union (SEIU), filed with the BC Labour Relations Board, Tricom has refused to rehire the unionized workers and is violating the Labour Code by interfering with the formation of a union.

As a result, the workers have lost their jobs, health and dental benefits, and other improvements secured in negotiations that concluded in March of this year.

“September 18 marks my nine-year anniversary working on the Canada Line,” said Ernesto Panogan, a GDI worker whom Tricom refused to rehire. “My gift from Tricom is unemployment – it is completely unjust how my co-workers and I are losing our jobs, our health benefits and our union.”

The Canada Line is, arguably, far cleaner than the Expo Line and Millennium Line, which are cleaned by the unionized workers of the BC Rapid Transit Company, a public subsidiary of TransLink.