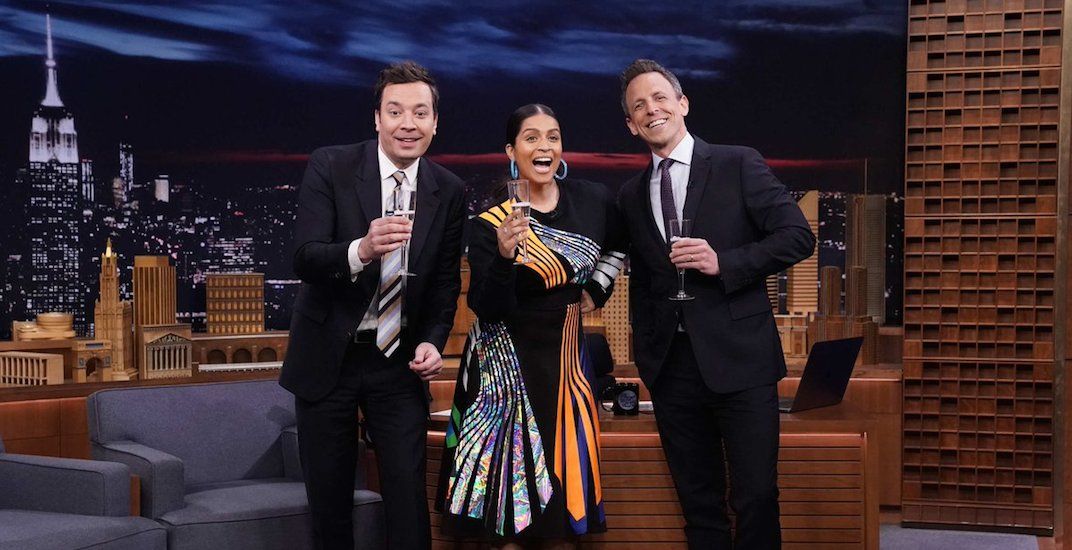 Popular YouTube creator and Toronto-native Lilly Singh has become the first woman of colour to host a late-night talk show on a major US network.

Singh announced the news Thursday evening on The Tonight Show Starring Jimmy Fallon, which was greeted with a massive standing ovation.

The new show will be called A Little Late with Lilly Singh, and it will air at 1:30 am ET, starting this September, according to The Hollywood Reporter.

Singh will be replacing Last Call With Carson Daily.

Honoured and privileged. Let’s do this 💪🏽❤️ https://t.co/C26biApbCb

To clarify, it’s not Jimmy’s slot,” Singh joked, adding, “I’m so excited because I truly get to create a show from scratch.” Singh then compared her show to her YouTube channel, but said that now she’d have “more than three staff members and my sound guy won’t also be an extra and won’t also write the scripts.”

Singh said her half-hour program will be similar to her YouTube channel and will include in-studio interviews and pre-taped comedy sketches.

My heart is so incredibly full. Thank you so much for all the love and positive energy. I’m speechless. I’m overwhelmed. I need to sleep to process all this. More thank yous to come tomorrow ❤️❤️

The announcement comes four months after the comedian shared with her 14 million subscribers that she was taking a break from YouTube to focus on her mental health.