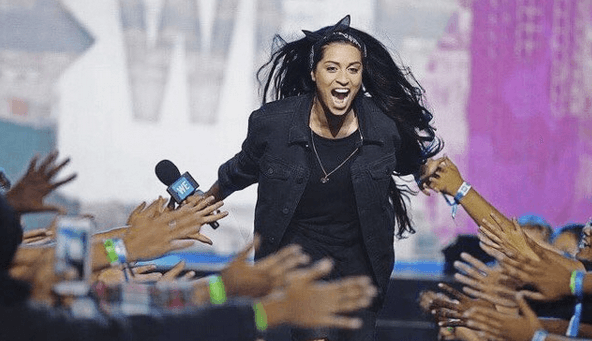 The rapper, YouTuber, actor, and motivational speaker is a household name in the digital world. And this week, the young Torontonian was been named one of the highest paid YouTube stars of 2016.

Singh, also known as Superwoman, placed third among a group of 10, who are mostly American. Her earnings in 2016? A cool $7.5 million USD (or just under $10 million Canadian), according to Forbes.

The top two ahead of Singh are Felix Kjellberg (known as PewDiePie) who earned $15 million US, and Roman Atwood with $8 million US.

A York University graduate, Singh began her video blogs in 2011. Today, her YouTube channel has over 10 million subscribers. Her social media accounts, not including YouTube, also have a following of about 10 million.

In 2015, Singh had a world tour called “A Trip to Unicorn Island,” which she documented and turned into a film. This year, she partnered with Me To We, and spoke at several WE Day events across Canada. She’s inked a book deal, and “How To be A Bawse” is scheduled for release in March, 2017.