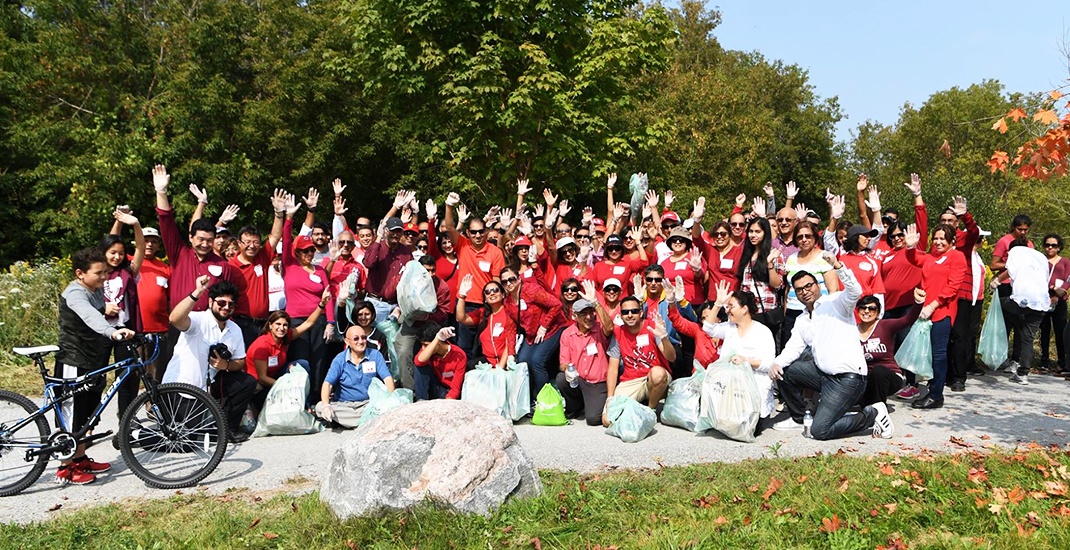 In September 2017, the Shia Ismaili Muslim community across the country pledged one million hours of service for Canada – and today, they announced that number has been surpassed, just six months later.

With the community’s commitment to improving the quality of life of all Canadians, the Ismaili CIVIC 150 initiative was born to commemorate both Canada’s 150th anniversary along with the Diamond Jubilee 60-year anniversary of His Highness the Aga Khan.

“Our community’s one million hours of service is a demonstration of Ismaili Muslims’ enduring commitment to Canada,” Malik Talib, President of the Ismaili Council for Canada, said in a statement. “Volunteerism and service to the broader community are both central to Ismaili and Canadian values, and the Ismaili CIVIC 150 initiative is a reflection of that.”

Volunteering in communities across the country, thousands of Ismailis served as mentors and coaches, cared for the elderly, supported anti-poverty initiatives, and worked to maintain natural and public spaces.

They partnered with organizations like Habitat for Humanity, Terry Fox Foundation, the Food Bank, and Canadian Blood Services, amongst many others.

Coinciding with Nawruz, the Persian new year that also marks the first day of spring for millions of Muslims around the world, Ismaili leaders from around the country came together to announce the amount of service to date, totalling over 1.1 million hours.

A big thank you to our dedicated volunteers across Canada, we have surpassed our 1 million hours for Canada commitment for Ismaili CIVIC 150! Great job volunteers! Don’t forget share pictures on social media with the #CIVIC150! #DiamondJubilee#Canada150 #QualityOfLife

“It is an extraordinary achievement and a perfect example of the commitment that all of you, but all of us, should have, every day, to contributing to the community, to the country that surrounds us,” Prime Minister Justin Trudeau said at the announcement event held at the Ismaili Centre Toronto. “It is a beautiful testament to the dedication to this country and to all its citizens.”

“Thank you for showing not just Canadians but the world, with and through your success and your devotion both to your own identities but to this shared identity we build as Canadians. What it is to be open and to prosper, to be welcome and engaging with the world, and not closing one’s self off. You are an extraordinary example of the very best of Canada and every day, I thank you for it,” Trudeau said.