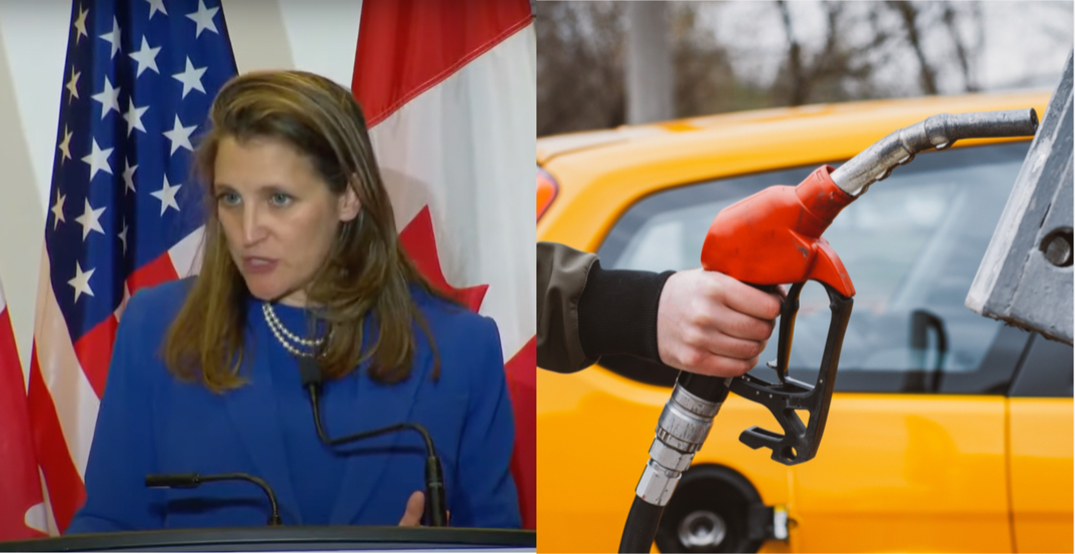 The federal government says it isn’t removing the possibility that it could reduce gas taxes, as Canadians struggle with the price at the pump.

Finance Minister Chrystia Freeland made the comments in Toronto during a joint news conference with US Treasury Secretary Janet Yellen.

“We’re going to watch the affordability challenges that Canadian families are facing very, very carefully. And we are prepared to do more, if necessary,” she said Monday.

“These really are issues we have to be looking at all the time.”

However, her comments came after she said Canada is different than the United States, which is actively considering a gas tax holiday.

“Consumers are really hurting from higher gas prices. It’s been a substantial burden on American households and I think, while not perfect, it is something that should be under consideration,” said US Treasury Secretary Janet Yellen.

The US decision on its gas tax measure is expected later this week, which could possibly save consumers as much as 18.4 cents a gallon, according to the Associated Press.

Freeland also spoke about boosts to support for Canadians struggling with inflation and carbon tax rebates.

Gas prices in Canada have ballooned since spring, with the Canadian average for regular fuel sitting at $2.06 a litre, according to the latest daily pump price survey from Kent Group.