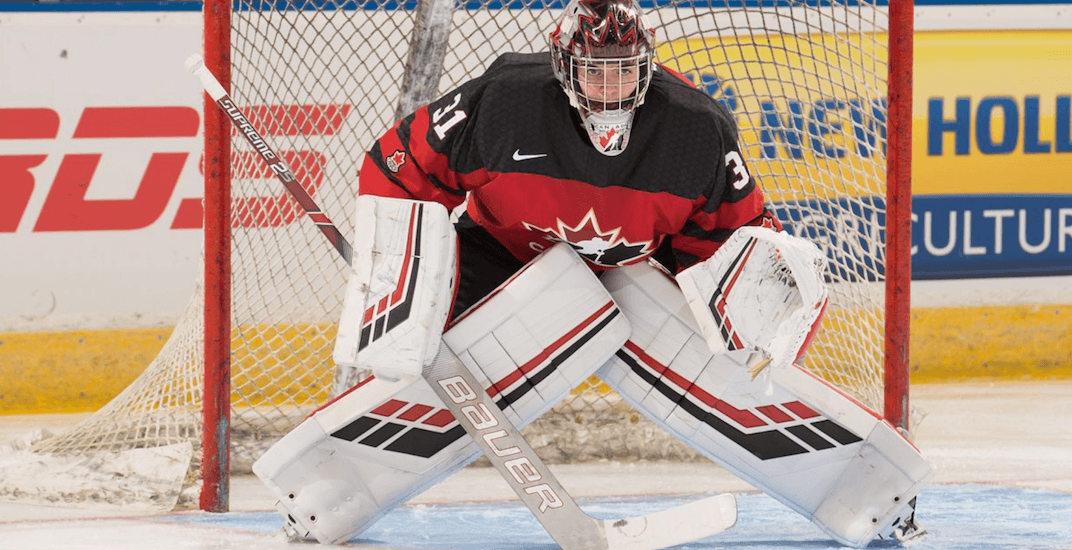 Rogers Arena has been a busy place this week, but it’s about to get a whole lot busier.

The Vancouver Warriors pro lacrosse team made their home debut on Friday, a day before the Canucks play the final game of a five-game homestand against the Winnipeg Jets.

#Canucks Bo Horvat dropping the ball (or laying it down softly?) for the @nllwarriors first home game pic.twitter.com/iCfotBnOPi

Sunday, the ice becomes the property of the World Juniors, as Canada holds their final tune-up game against Finland (tickets are still available).

Canada is a perfect 2-0 in pre-tournament games, beating Switzerland and Slovakia this week in Victoria.

After an unimpressive 5-3 win over the Swiss on Wednesday, Canada was firing on all cylinders against the Slovaks Friday.

Getting points from 12 different players and outshooting their opponent 45-23, Canada jumped out to a 4-0 lead in the first period, en route to a 6-1 win.

“Good effort start to finish,” said Team Canada head coach Tim Hunter. “Offence was spread around. Ian Scott played really well and real calm in net when he had to make a stop and just the consistency in trying to play our game right from the get-go.”

The battle for the starting job in goal has already begun, as Toronto Maple Leafs prospect Ian Scott appears to have the early edge. Scott stopped 22 of 23 shots in Friday’s win, while Canucks prospect Michael DiPietro let in three goals on just 17 shots two nights earlier.

“I felt pretty confident. I went into thinking it was just another game and I think that’s what helped,” Scott said after Friday’s game. “There were moments where it felt like much bigger than that. I mean, you look around and the crowd’s doing the wave and stuff like that, but after a while you just settle in and you’re fine.”

Whoever starts Sunday’s game will get Canada’s stiffest pre-tournament test. Champions in 2014 and 2016, Finland has had recent success at the World Juniors. This year, they’re armed with Kaapo Kakko, the early favourite to be drafted No. 2 overall (behind Jack Hughes) in the 2019 NHL Draft.

The tournament begins for real on Boxing Day. Rogers Arena hosts two games on the opening day of the tournament, with the Czech Republic taking on Switzerland at 1 pm, followed by Canada vs Denmark at 5 pm.

Rogers Arena will host up to 19 games in total during the 11-day tournament, which wraps up January 5.