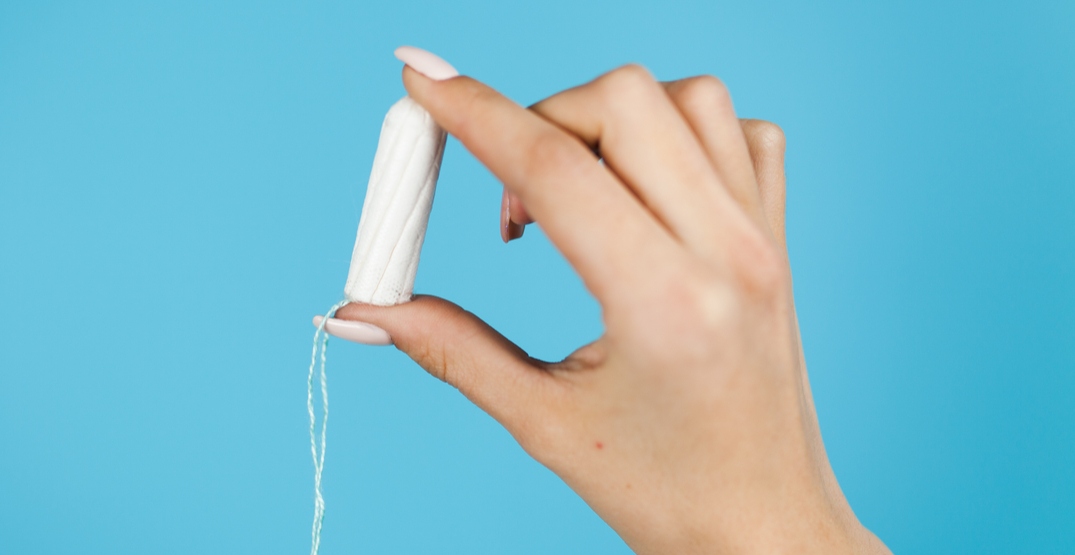 A group of Canada physicians has started a petition urging the Medical Council of Canada (MCC) to allow physicians and medical trainees to bring menstrual products into exams.

The petition was created by Dr. Michelle Cohen of Ontario after a wave of complaints on social media regarding the MCC’s rules against allowing tampons and pads into exam rooms.

It started with Cohen tweeting at the College of Family Physicians of Canada about their policies regarding pumping breastmilk during an exam.

“I had learned on social media than an exam writer asked for a place to store her milk (like a fridge) and was denied,” she said.

Another Twitter user named Sarah Tulk replied to her tweet mentioning that another exam –the Licentiate of the Medical Council of Canada (LMCC)– does not allow test takers to bring menstrual products into the exam and no products were provided to accommodate test takers.

You can’t bring pads/tampons to the LMCC. 2-3 hr exam +/- 4-6 hr quarantine. They don’t provide products. Some women wear diapers, or stuff product in their bras. Night before the exam men can focus on the exam.. women are brainstorming how to avoid bleeding through their clothes

“Some women wear diapers or stuff product in their bras. Night before the exam men can focus on the exam.. women are brainstorming how to avoid bleeding through their clothes,” wrote Tulk on Twitter.

Cohen was not impressed with their reply –especially with the idea that menstruating students needed to tell exam staff.

Cohen says she later learned that the MCC requires individuals taking the exam to hand over menstrual products before writing the exam. The staff would then hold on to these products for the duration of the test.

“What we have been told by examiners is that menstrual products are considered ‘extra items’ that aren’t allowed in, even in someone’s pocket. They are supposed to be turned over to examiners to be inspected and confiscated and then when an exam writer needs access to them, they have to request it,” she told Daily Hive.

The series of tweets started a firestorm on social media as members of the medical community expressed their dismay with the MCC regarding menstrual hygiene and breastfeeding.

Sigh. When I needed to pump during @TheABFM exam I was provided time but no space. Was told bathroom, waiting room, break room were not options. I pumped in my freeezin car. But I passed and so will you!!

#MedEd — in case you’ve missed it, menstruating people are being asked to declare themselves prior to their licensing exam in Canada (right? @MedCouncilCan). I’m sorry, I think I left my stethoscope in the buggy, which is double parked in the 1850s… https://t.co/ldWrpPHlCW

The Medical Council got this wrong. Instructions for what? I imagine most women are familiar with the products? Somethings need not be said? Are you trying to limit bathroom breaks?

If Medical Council of Canada does not recognize the unique physiology of women in medicine how can we expect our Provincial governments to support female physicians? #burnout

The MCC responded by saying it would allow menstrual products in washrooms for the weekend exam in BC on October 27.

MCC will make feminine products available in women’s washrooms at the MCCQEII sites on Sunday and will review its practices moving forward.

The council also released an official statement on October 31, stating that it “does not have a policy on the use of and access to menstrual products during its exams.”

The MCC says it has committed to a review of its current practices.

“A group is being established to review current practices and we look forward to collaborating with learners to identify opportunities for improvements in these practices moving forward,” said the council.

This is certainly a major improvement, but it would be far better to eliminate your ban against people bringing in their own menstrual products. If wearing a tie isn’t considered a cheating risk, then carrying a tampon in your pocket shouldn&#39;t be either. https://t.co/PalKglOmBZ

Cohen responded to the statement, saying it was a “major improvement.”

“But it would be far better to eliminate your ban against people bringing in their own menstrual products,” she wrote on Twitter.

“If wearing a tie isn’t considered a cheating risk, then carrying a tampon in your pocket shouldn’t be either.”

Cohen says she took the issue to the rest of the board of the Canadian Women in Medicine. “They felt equally strongly that this policy was absurd and needed to change,” she said.

And that’s how the petition got started. It argues that providing menstrual products in exam washroom facilities does not account for those “who have specific needs for specific products.”

“Secondly, this announcement does not resolve the issue of the MCC feeling entitled to inspect and confiscate personal use items from a menstruating exam writer. Thirdly, only providing menstrual hygiene products to those who use the women’s washroom is discriminatory against transgender men who might also need such items,” says the document.

The petition calls on the MCC to eliminate the ban on exam writers bringing tampons, pads, and other menstrual hygiene products into exams.

“We do not feel the MCC has the authority to inspect and confiscate these items and we find this policy sexist, discriminatory and in violation of protected human rights.”

Cohen says that so far, she the petition –which ends on November 1– has received 543 signatures.