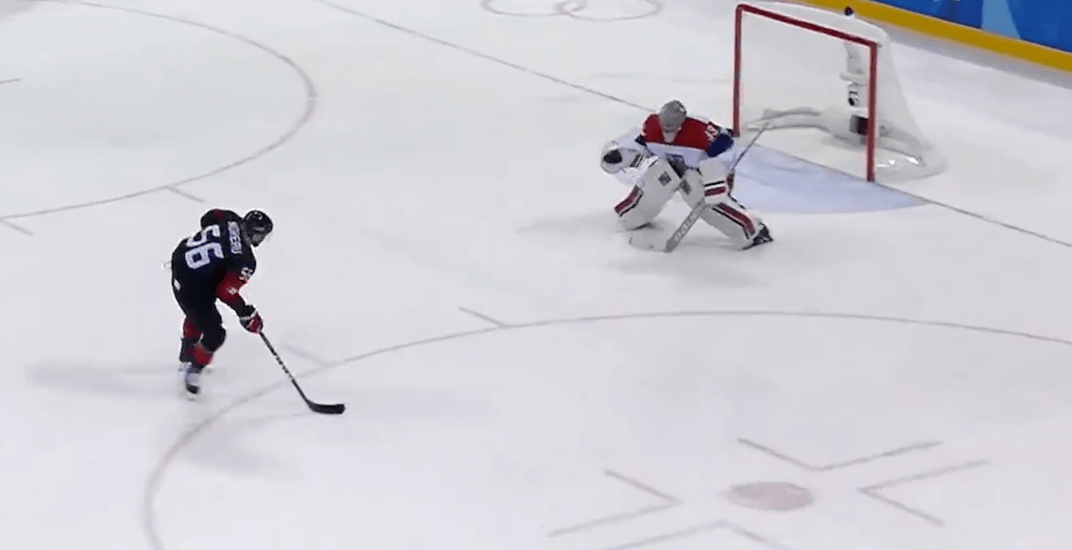 Twenty years after Canada lost to the Czech Republic in a shootout in Nagano, it happened again.

Except this was totally different.

Gretzky in '98 #CAN vs #CZE pic.twitter.com/sKoiDKgaHw

Ok, no, Wayne Gretzky didn’t get to shoot this time either. It also wasn’t an elimination game.

A group stage game, the stakes were lower, but if you didn’t have fun watching this game, you don’t like hockey.

No, the game didn’t include NHL players, but it did produce a lot of drama.

They needed a shootout to do it, but the Czech Republic beat Team Canada 3-2. It was a game Canada probably deserved to win, outshooting the Czechs 33-21.

“I thought it was a good game. I thought both teams played hard,” said Team Canada head coach Willie Desjardins. “The Czechs have a good team, we knew they had a good team so that didn’t surprise us; [they have] lots of skill, so it was the game we expected.

“Lots of parts of our game were good. We were consistent – we were a little slow in the first period, but we turned it around. Now we just move ahead; this one’s done. We don’t worry about it anymore, we just move ahead to the next one.”

The Czech Republic earns two points for a shootout win, instead of the usual three points for a regulation win in international hockey. Canada earns a single point.

Team Canada should finish in second place in their group unless Switzerland can upset the Czechs in their next game. Canada’s third and final game of the round robin comes against South Korea.

Mason Raymond got Canada on the board early in this one, converting on a shot/pass from Linden Vey on the power play:

#CAN gets on the board first just over a minute into the gamehttps://t.co/YKLcpouC9P pic.twitter.com/beWTt9aQlz

After the Czech Republic tied the game, Rene Bourque put Canada back on top with another power play goal:

The Czechs would eventually force the game to three-on-three overtime, and a shootout.

But not before this hilarious interference penalty for holding Canadian defenceman Chris Lee hostage in the Czech bench:

Unlike 20 years ago when Canada couldn’t solve Dominik Hasek in a shootout, they did manage to score in the skills competition.

Check out this beauty by Wojtek Wolski:

Canada didn't win but this Wolski goal was still 🔥🔥 pic.twitter.com/cc3GUIJZtc

The last chance for Canada to tie the game up was by defenceman Maxim Noreau, who deked the Czech goaltender, but hit the post.

Czech Republic takes this one 3-2 pic.twitter.com/H9w0UIQkKf

It’s a game of inches.