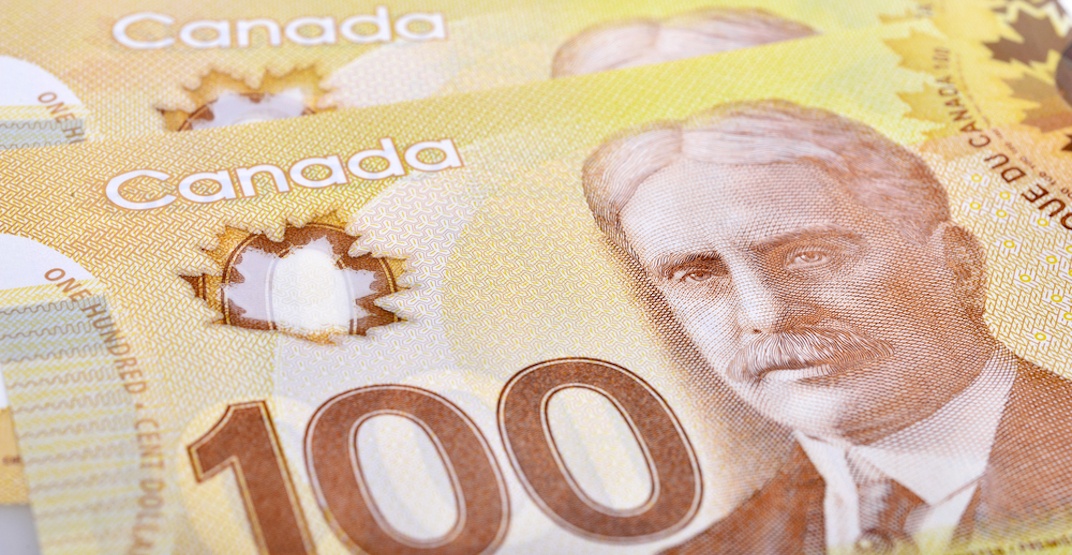 Canada’s economy is on quite a roll.

Boosted by a 2.7 per cent increase in wages since last June and the largest increase in consumer spending since the 2008 recession, Canada’s economy grew at a 4.5 per cent rate in the second quarter of this year.

A look at Canadians’ average weekly earnings reveals that things are humming along quite nicely indeed. The degree of prosperity, however, varies greatly by industry.

Those working in mining, quarrying, and oil and gas extraction, for example, can expect to take home around $8,000 a month, while those working in accommodation, food services, arts, entertainment, and recreation hover around the $2000/month mark.

A closer look at the data below (figures include overtime pay): 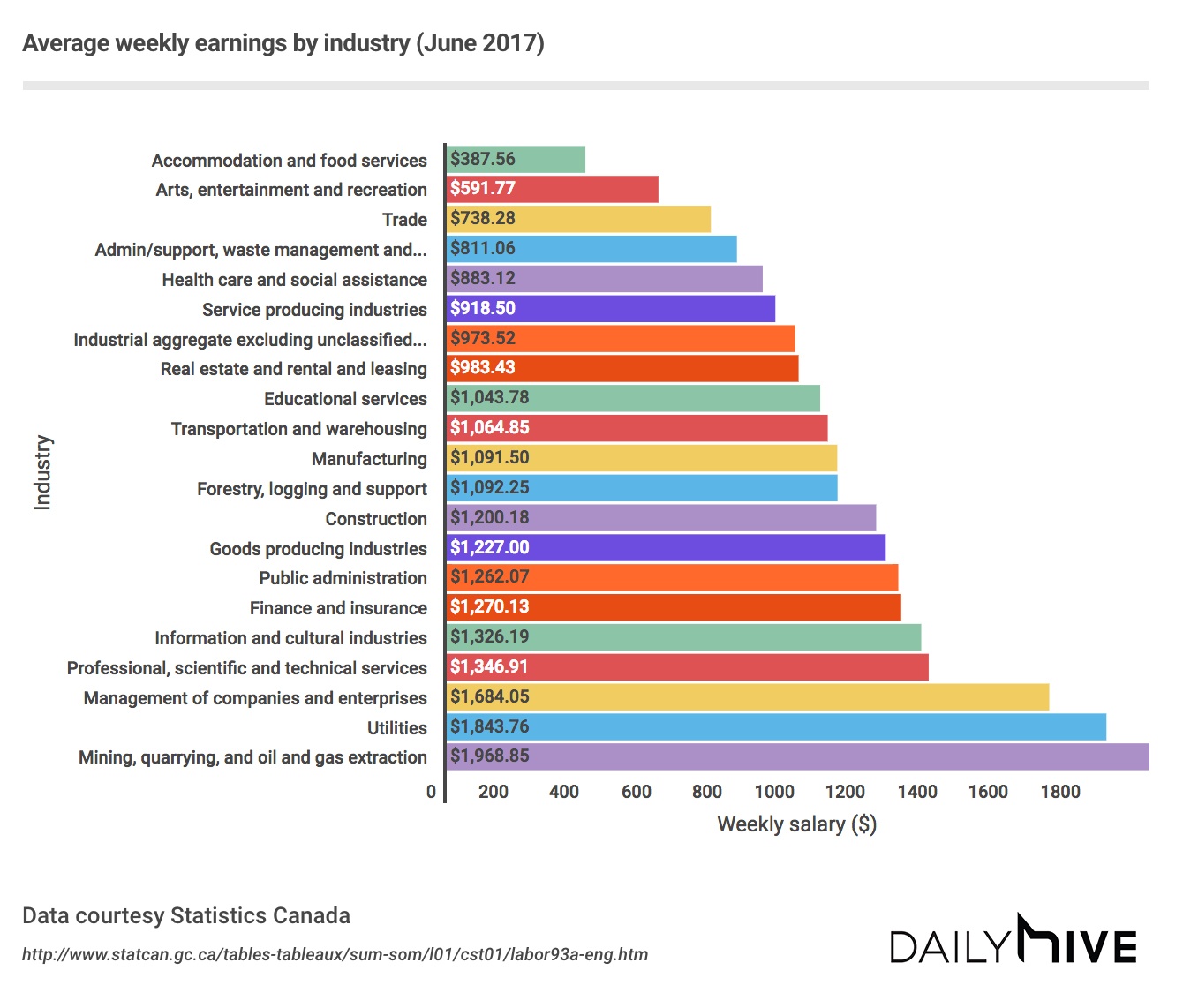 Those are promising figures overall, but what’s hot now might not be so in demand in the near future. The chart below reveals which sectors are seeing growth in their annual earning payouts, and which ones are seeing wages decrease: 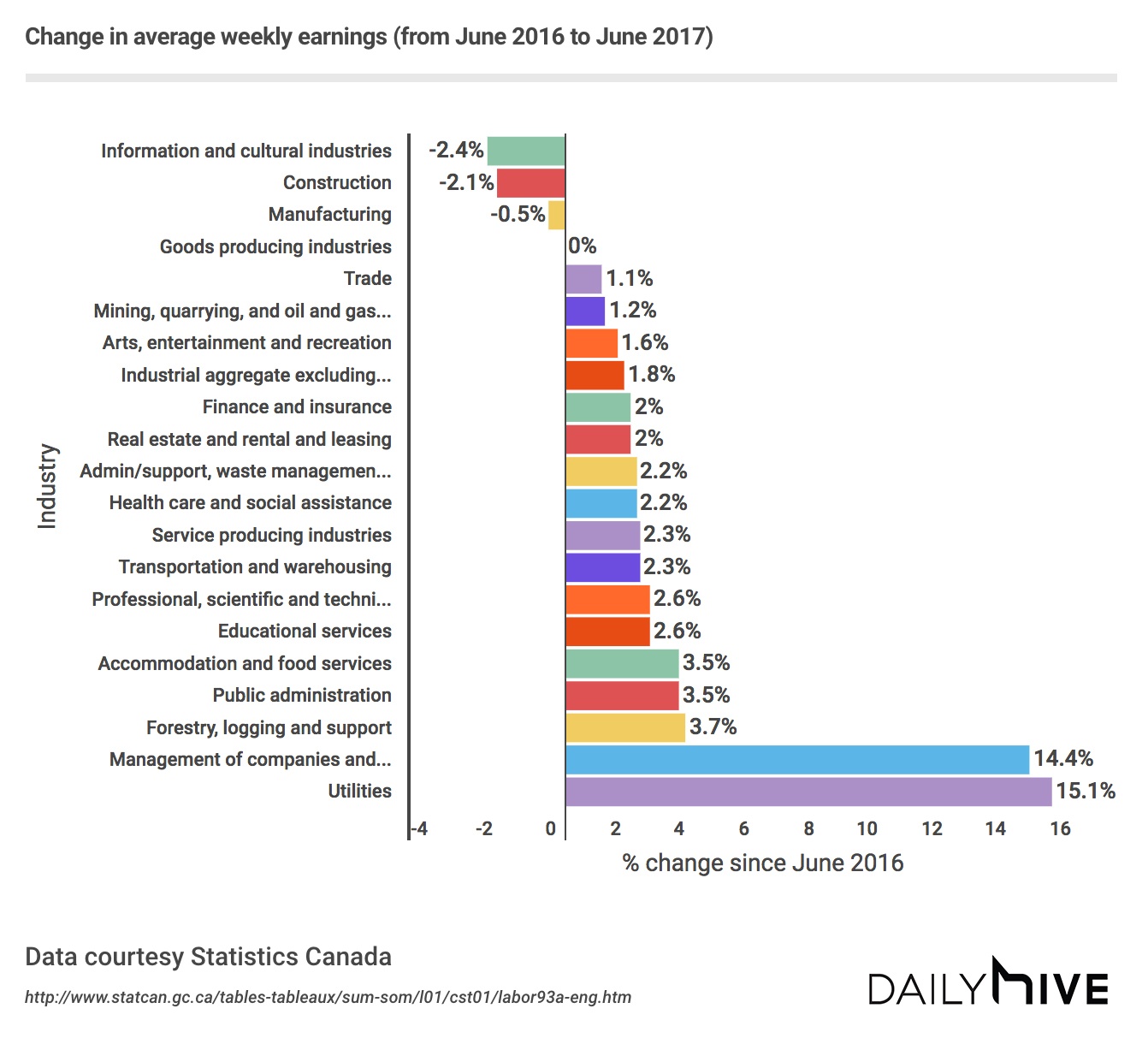 Some interesting findings among the data:

– The average weekly earnings in Canada’s highest-paying industry (mining, quarrying, and oil and gas extraction) are 5x as lucrative as the country’s lowest industry (accommodation and food services).

– The utilities sector yields the most promise for high earnings, with the second-highest weekly salaries and highest rate of growth in earnings compared to one year ago.

– There’s little love for our nation’s builders: the construction and manufacturing sectors have both seen negative growth in earnings compared to June 2016.

– Despite being the lowest paid industry, there’s hope for those working in food and accommodation – that sector has seen earnings increase by 3.3 per cent compared to one year ago.