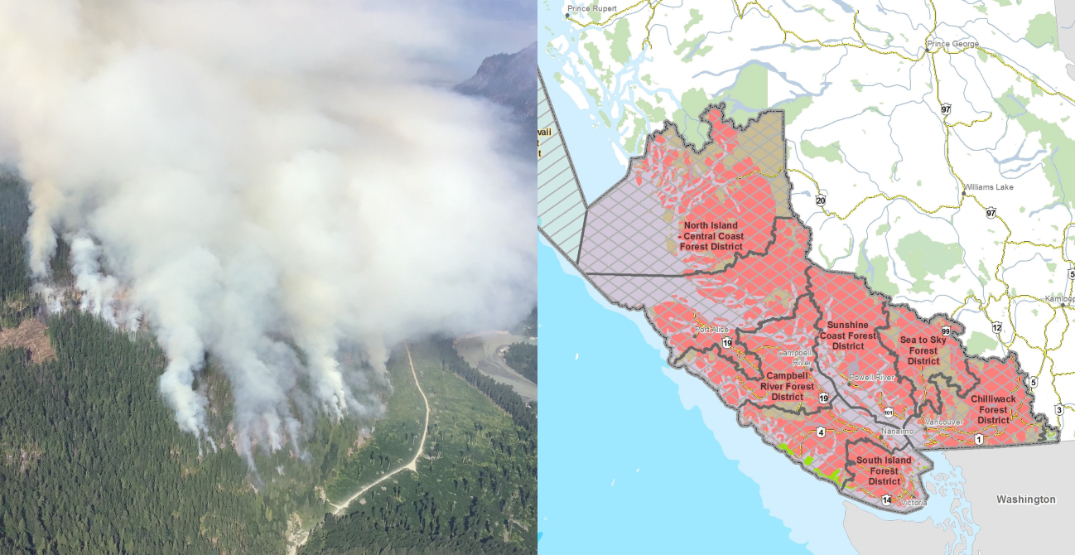 Twitter/BC Wildfire Service | Government of BC

On your next camping trip, gather around in a circle, narrate scary stories, and munch on pre-cooked snacks because you won’t be able to use a campfire to cook your s’mores or hot dogs.

Campfires will be prohibited along the BC coast, including the Lower Mainland, starting at noon on Thursday, August 4. The province says the ban is being taken up to help reduce the risk of wildfires in the province after a series of scorching hot days recently.

The Coastal Fire Centre will enact a campfire prohibition on August 4, 2022 at noon Pacific Daylight Time for all regions except Haida Gwaii.

This prohibition is being enacted to help reduce the risk of wildfires in our region.

More than 80 wildfires were sparked over the BC Day long weekend and several of them are burning out of control. BC Wildfire Service announced in a tweet late Tuesday that the campfire ban applies to all parks, private and Crown lands within the Coastal Fire Region.

The ban expands the current orders which restrict category 2 and 3 open fires (put in place in mid-July) as well as the use of fireworks, sky lanterns, burn barrels, air curtain burners, and binary exploding targets.

We are responding to two fires in a remote area of the Coastal Fire Centre.
The Southgate River Fire (V50368) is located at the northeastern tip of Bute Inlet in the Sunshine Coast Zone. This lightning-caused fire is currently 208 ha in size and classified as out of control. pic.twitter.com/M70g8O0hg4

An illegal fire could cost you some big bucks and even jail time. Anyone who fails to comply would have to cough up a $1,150 fine.

Plus, if your illegal campfire starts a wildfire, you could face an even bigger penalty, according to the province. 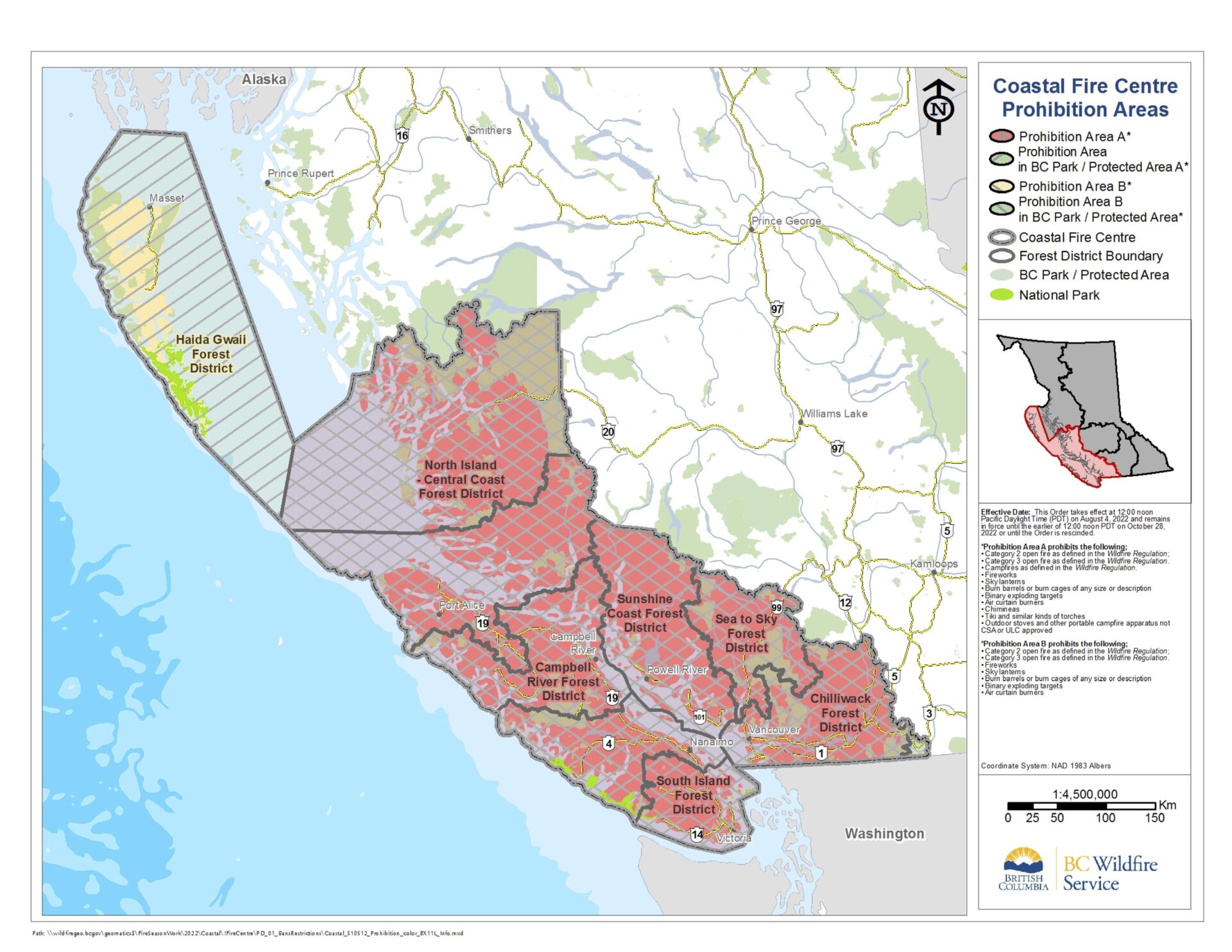 Map of the affected areas /BC Wildfire Service

The ban will cover all the areas west of the highest point on the Coast Mountain Range from the US-Canada border at Manning Park, the Sunshine Coast, the Lower Mainland, Vancouver Island, and the Gulf Islands. Unhappy campers could make a quick trip to the Haida Gwaii islands, as campfires are still A-okay there.