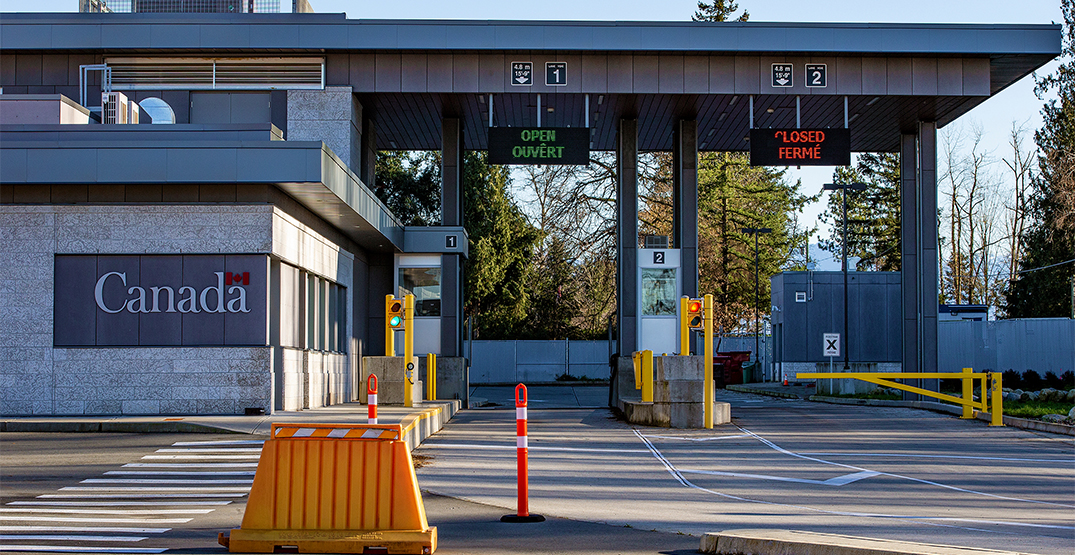 A border crossing in Aldergrove, BC. (oksana.perkins/Shutterstock)

Some business and tourism groups are calling on Canada to relax its PCR COVID-19 testing requirements for travellers in an effort to encourage visitors to cross the border.

The US land border has been closed to non-essential travellers for the past 19 months due to COVID-19, but the US government announced Tuesday that it will allow Canadian travellers in starting in November.

The US’s only requirement is that Canadians be fully vaccinated; they don’t need to show a negative test to enter the US.

But Canada is not reciprocating, and some say it should.

“We’ve been suggesting to the government for a long time now that if you’re fully vaccinated then a PCR test is maybe going a little bit overboard,” Beth Potter, president and CEO of the Tourism Industry Association of Canada, told Daily Hive.

She’d prefer to see randomized testing on arrival, which was also recommended by a panel of experts in a May report to the federal government.

Tourism to Canada was a $105 billion industry before the pandemic, and Potter said it’s only recovered to about half its pre-pandemic levels. The sector usually employs about two million people, and about 500,000 of them still haven’t gone back to work.

“Whatever makes it more difficult for somebody to choose Canada as a destination has an impact,” Potter said.

Some in the business community south of the border also want Canada to do away with PCR testing requirements, because it makes it harder for Canadians to come across and spend their money in the States.

“If we could see some relaxation … we would welcome that,” Point Roberts Chamber of Commerce president Brian Calder told Daily Hive.

Point Roberts, Washington, is a peninsula south of Delta, BC, that’s surrounded by water on three sides and the Canadian border to the north. About half of its residents are dual citizens, and many locals have family in BC and rely on the Canadian city for many resources.

“We’re absolutely and totally dependent in our economy on the Canadians,” he said. 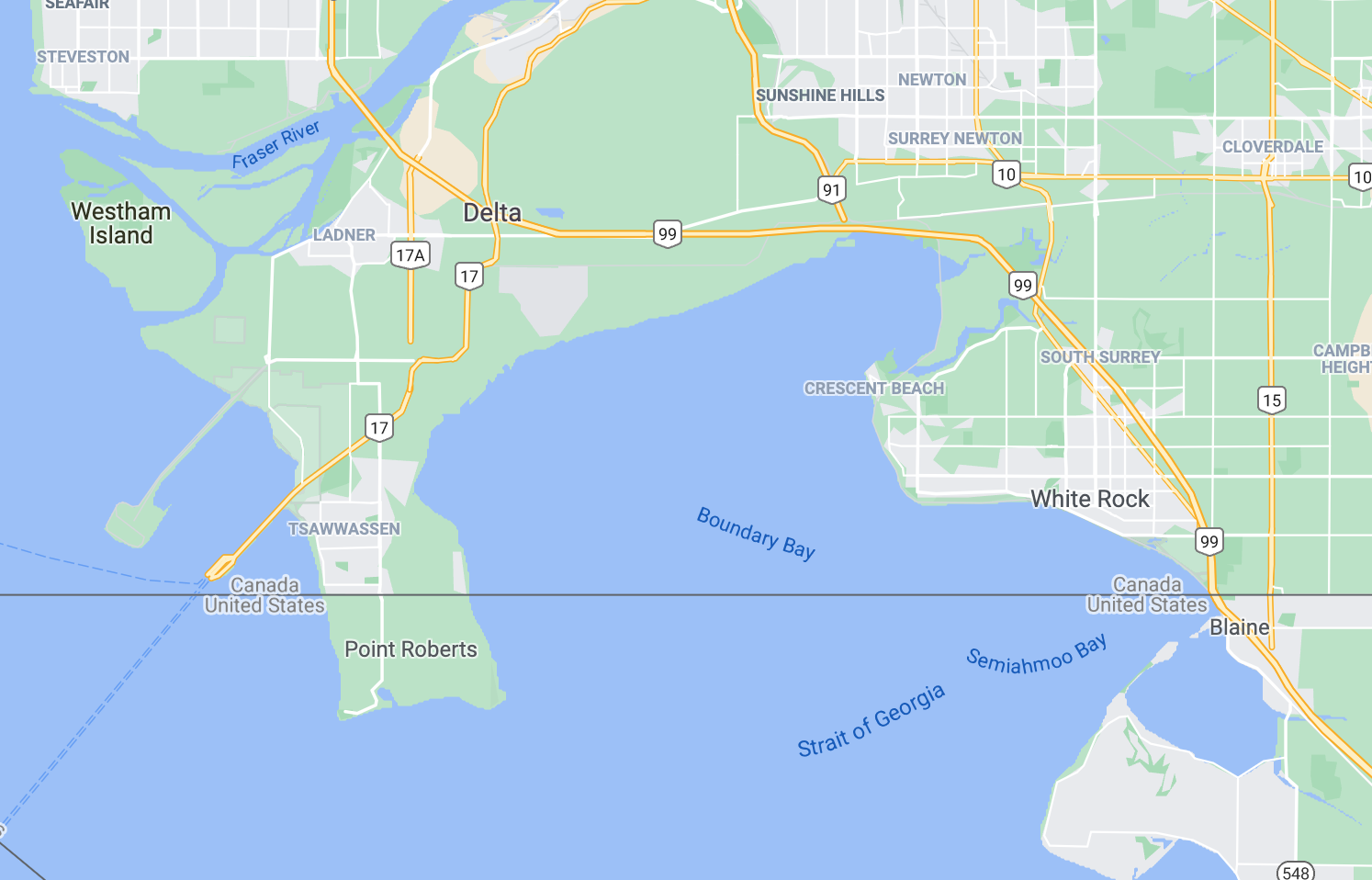 PCR COVID-19 testing is only available on Wednesdays and Sundays in Port Roberts, and the community would not have the capacity to accommodate all the Canadians who want to get a test before going home.

Calder said local organizations offered to fund a mobile rapid testing station at the border, but it wouldn’t meet the Canadian government’s requirements of a PCR test.

Congressman Brian Hill, who advocated for the US to reopen its border to Canadians, said in a statement that the next step is relaxing “redundant” testing requirements.

“It’s a huge economic loss, it’s a huge life quality loss, and it’s an emotional loss as well when loved ones are separated despite having been fully vaccinated,” he said.

“I had literally thousands of people who couldn’t understand why, despite the fact that they were fully vaccinated, they couldn’t move. They’re rightfully frustrated.”

Right now, people crossing into Canada must present a negative PCR test from within the last 72 hours. A cheaper and faster antigen test won’t cut it.

For trips to the US under 72 hours, Canadians are allowed to take the PCR test before departure. Many Canadian providers will do a travel-related PCR test for $180 to $300.

For longer trips to the States, Canadians will need to find a testing option in the US. CVS Pharmacy offers PCR tests for $140 USD, and results take between one and two days.

Daily Hive asked the Government of Canada whether it could relax testing requirements in the future, but a government spokesperson did not answer in their response.

The Canada Border Services Agency issued a statement Thursday reminding Canadians that they’re still obligated to get a negative COVID-19 test even if they’re fully vaccinated.

Tourism between Canada and the US was busy leading up to the COVID-19 pandemic, according to Statistics Canada data. Canada welcomed 15 million US tourists in 2019, and Canadians made 48.3 million trips to the US that same year.