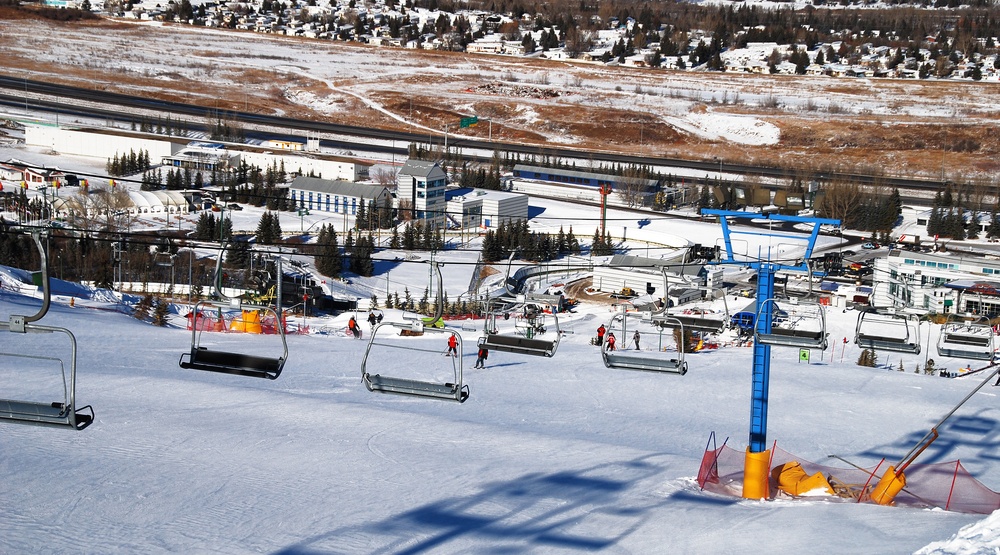 There will be no public vote on the question of whether Calgary should bid for the 2026 Olympic Winter Games following a City Council decision Monday.

In a 12-3 vote, City Council overwhelmingly rejected Councillor Sean Chu’s request to launch a plebiscite asking residents to decide on hosting the Games.

A standalone plebiscite is anticipated to cost $390,000, but in his motion Chu suggested that it could be a question added to the ballot during the October 2017 civic election.

However, other Councillors openly scolded the idea during the meeting, saying it was premature and the result would not be based on an informed decision.

“You can’t just hide behind a plebiscite whenever it’s controversial or difficult or you don’t want to put your name on the line and upset somebody,” said Councillor Brian Pincott. “We’re here to make the hard decisions… Let’s actually have the balls to do what we’re hired for.”

Mayor Naheed Nenshi also had similar remarks prior to Council’s vote: “I’m not against a plebiscite, many cities have done it. I think a plebiscite at this point without having any numbers or an actual project in front of people will serve no purpose at all.”

In 2003, the City of Vancouver made its final decision to bid for the 2010 Games during a record-turnout plebiscite that resulted in a 64% ‘Yes’ vote.

This decision against a plebiscite coincided with the Calgary Bid Exploration Committee’s (CBEC) submission of its year-long study on the feasibility of hosting the Games in 2026. CBEC told Council that the Games’ return are feasible, but it is now a question of “should we bid?”

The Committee also said they needed more information after the International Olympic Committee changed its bidding timeline for the 2026 bid process to provide potential bid cities with more time to gauge their interest and develop a bid plan based on the new host city requirements, which have yet to be released.

The release of the reformed requirements, designed to make the Games less costly and more sustainable, is not expected to occur until after the Pyeongchang Winter Olympics in February 2018. As a result, the deadline for cities to express their intent to bid is now October 2018.

City staff are expected to report back on CBEC’s recommendations on July 31, when Council could potentially make a decision on whether to proceed. However, Nenshi has previously stated a final decision by Council will most likely arrive after the Pyeongchang Games.

To date, CBEC has spent $3 million of the $4.7-million budget it was allocated by Council to study the bid’s feasibility.

Most of its reports have not been made public at this time, although last month it released an estimate of the cost to host the Games. It projects a total cost of $4.6 billion, with $2.2 billion covered by revenues such as sponsorship and ticket sales. This includes $700 million from the IOC’s The Olympic Partner international sponsorship program and $820 million from domestic sponsorships.

But the future organizing committee’s domestic sponsorship fundraising abilities could be severely hampered if Canada co-hosts the 2026 FIFA World Cup, which would likely compete for the same corporate sponsorship dollars.

Another $2.4 billion will be required from other sources, most likely from levels of government.

CBEC maintains that these are reduced costs as Calgary is able to reuse and renovate some of the venues and facilities built for the 1988 Games.