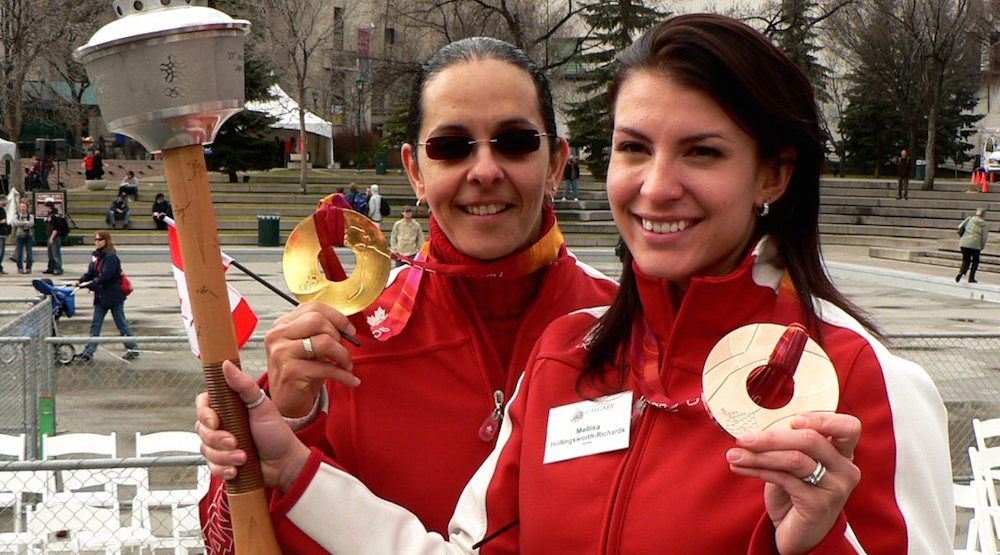 Calgary wants to host the Olympics again, according to the results of a formal quantitative survey launched by the Calgary Bid Exploration Committee.

Nearly 2,000 respondents from Calgary, Canmore, Banff, and Cochrane participated in the survey, via telephone and online, and were asked a series of questions to gauge their support for an Olympic return to Southern Alberta in 2026.

While the survey went into detail on a number of issues, the big question – Do you support a Calgary bid for the 2026 Olympic and Paralympic Winter Games? – received support from 64% of people, while only 17% opposed it. 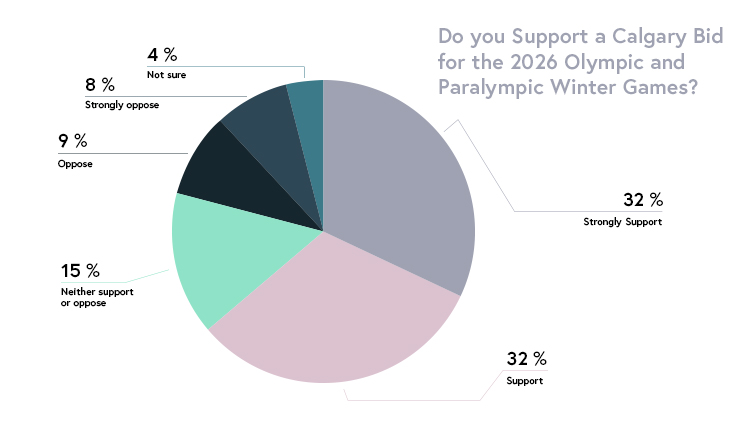 “There is tremendous value in not only gathering, but truly understanding, the opinions of Calgarians and area residents,” said Rick Hanson, chair of the Calgary Bid Exploration Committee. “As a Committee, we are invested in putting Calgary’s vision first. This means looking into every opportunity and concern identified by citizens during the bid exploration process.”

The Calgary Bid Exploration Committee was formed on September 19 of last year, as a partnership between the City of Calgary and Tourism Calgary. The committee’s mandate is to conduct an objective, balanced, comprehensive feasibility assessment on whether or not Calgary can reasonably host the 2026 Olympic and Paralympic Games. The results of their findings will go a long way in determining whether Calgary will submit a bid to the International Olympic Committee.

The overall result? About two-thirds of respondents support the Olympics to return to Calgary for the first time since 1988.

Support among Calgarians was higher for younger residents, and newer residents.

Economic concerns were a high priority for respondents, not surprising given the economic plight of the city recently, but many viewed the Olympics positively with concern to the economy. A majority of Calgarians saw a potential bid as a worthwhile investment with economic value. 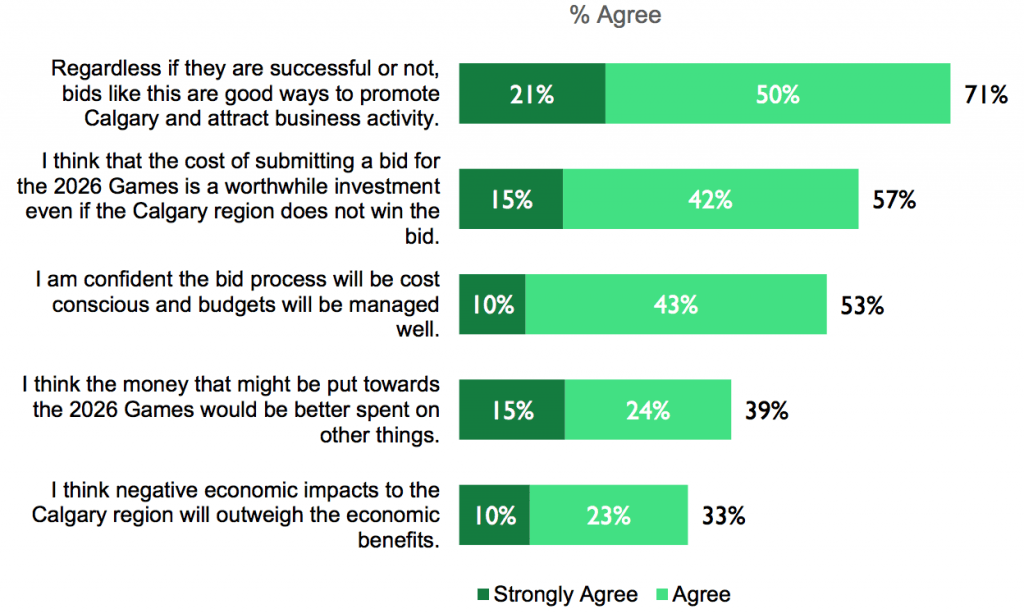 Respondents also were confident that Calgary would be an environmentally responsible host, and were positive about the opportunity to showcase cultural groups. There was some worry about potential negative impacts on social issues though. Just over a third of Calgarians worry about the disruption of programs and services during the Games, and whether social issues might be neglected as a result.

Over 70% of Calgarians want to see further investment in existing 1988 legacy facilities, and believe that the past legacy goes beyond sport. The predominant sentiment from people surveyed is that Calgary is in need of updated facilities.

Civic pride was viewed positively by respondents. More than two-thirds of Calgarians said they would be proud if their city submitted a bid. A majority of people agreed that a bid would be a much needed boost after some tough times.

The committee will analyze the results of this survey, along with other research initiatives, before it presents its final recommendation to Calgary City Council on July 24.