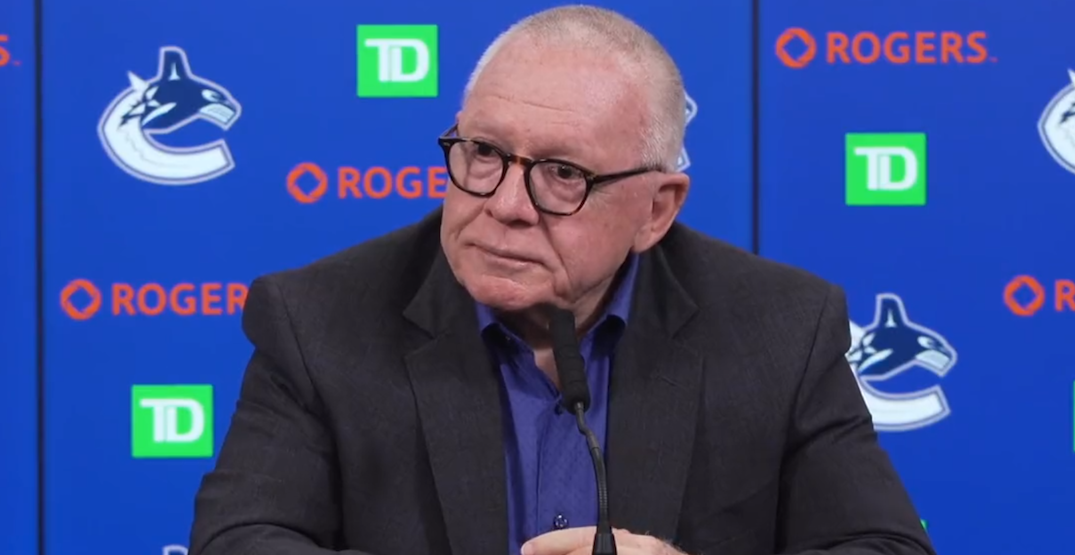 The coach may be back but the offseason is just beginning for the Vancouver Canucks.

Jim Rutherford laid much of it out on Monday in interviews with Daily Faceoff and Rick Dhaliwal.

We said last year figured to be one of the most important summers in Canucks history with Elias Pettersson and Quinn Hughes needing new contracts, and with head coach Travis Green up for renewal.

The same could be said for this summer as Rutherford continues to talk about prioritizing cap space to take advantage of teams that won’t be able to re-sign or keep all their players.

It sounds very much like what Mike Gillis was prophesizing 15 years ago, and the phrase ‘clearing cap space’ is getting more and more synonymous with J.T. Miller.

Rutherford said that the drop-dead date on a Miller contract extension is next year’s trade deadline, although in reality, having already missed one chance to move Miller at this year’s deadline, the draft looks to be the real deadline, or at leas a soft one.

They can’t officially re-sign him or Bo Horvat until July 13, but they’ll know the lay of the land by the draft one week earlier.

Beyond Miller, the Brock Boeser matter is most pressing. He’s out of contract with a rich qualifying offer. The reports are the club and player are working on a bridge deal of 2-3 years, the latter buying out one year of free agency.

Moving Boeser would clear cap space, too. So would Tyler Myers, Conor Garland, Oliver Ekman-Larsson, and the other names that have been in the rumour mill.

Then there’s the ongoing matter with Bruce Boudreau’s style, management’s desire to work with the 67-year-old coach on a stiffer defensive system, not to mention the composition of the coaching staff, replacing at least five members of the support staff let go last week, rebuilding the scouting staff, renovations to Rogers Arena, a site for the new practice facility, and rounding out the participating teams for Penticton’s Young Stars.

Did I miss anything?

In other words, a very busy summer.