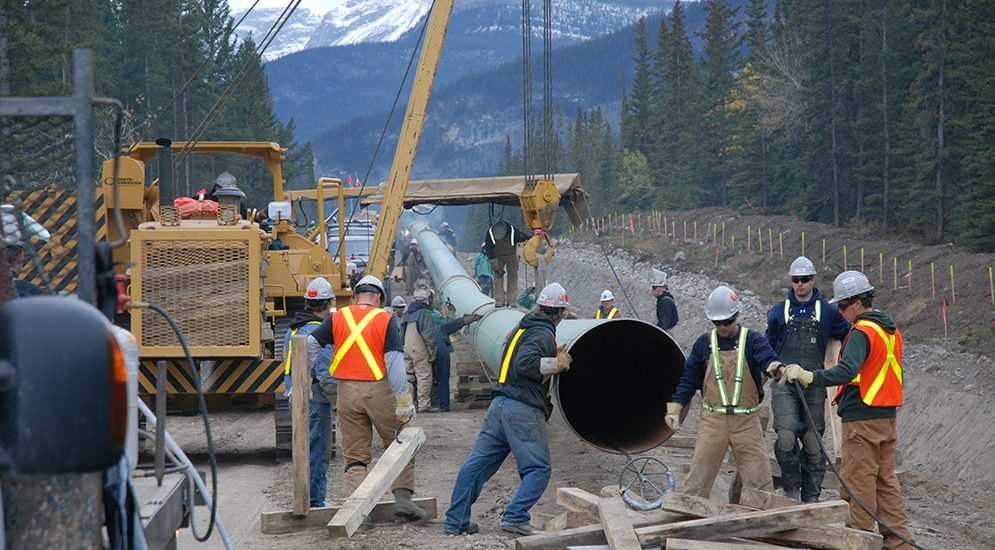 Saying the issue “is no longer about a pipeline project or whether one supports or opposes the legal movement of energy in Canada,” BC business representatives held a conference on Thursday to officially pledge their support of seeing the Trans Mountain Pipeline expansion project completed.

BC’s decision to “prolong a process that rendered a verdict two years ago and move the regulatory finish line by imposing new barriers that would undercut its potential, threatens the credibility of our country’s regulatory and project approvals systems and, by extension, the foundation of our federation,” said Greg D’Avignon, President and CEO of the Business Council of BC (BCBC).

“Provoked by the BC government’s continued position, this is a referendum on whether British Columbia is open to investment and whether a legal enterprise can, with any confidence, invest, build and operate a business within the province and the country,” he added. “The political rhetoric must stop now.”

The BCBC officially made its position public after Kinder Morgan announced this past weekend that it was suspending all “non-essential” spending on the Trans Mountain expansion.

Both the federal and provincial government need to come together to “to enforce the rule of law,” he said. “Either BC and Canada are places in which you can invest with confidence, knowing the rules won’t change after the fact… or they are not.”

In his statement, D’Avignon noted that “no one wants to see any form of spill that impacts British Columbia’s environment.”

That being said, “the multiple reviews and analyses of this project focused on spill response and prevention, which resulted in the project’s approval subject to 194 conditions coupled with the comprehensive federal Oceans Protection Plan,” he added. “Enough is enough. It is past time to move forward with this important project.”

“If the Trans Mountain Pipeline expansion project doesn’t proceed, the impact will be seismic,” he said. “We need to see this project complete to restore confidence in Canada.”

The BC Chamber has supported the Trans Mountain expansion “since day one and our support continues to this day,” he added.

Also speaking in support of the project on Thursday was Laura Jones, the executive director of the Canadian Federation of Independent Business (CFIB).

“I think it would be tempting for some to see this as just a big business issue – it’s not,” she said. “Whether a business is big or small, it’s important to have confidence that governments at all levels will respect the laws of this country.”

Creating “mayhem and mischief to a project that has already been approved, is clearly at odds with this,” said Jones.

On Thursday, Prime Minister Justin Trudeau said he intends to meet with BC Premier John Horgan and Alberta Premier Rachel Notley to discuss the pipeline impasse. That meeting is scheduled to take place this Sunday.