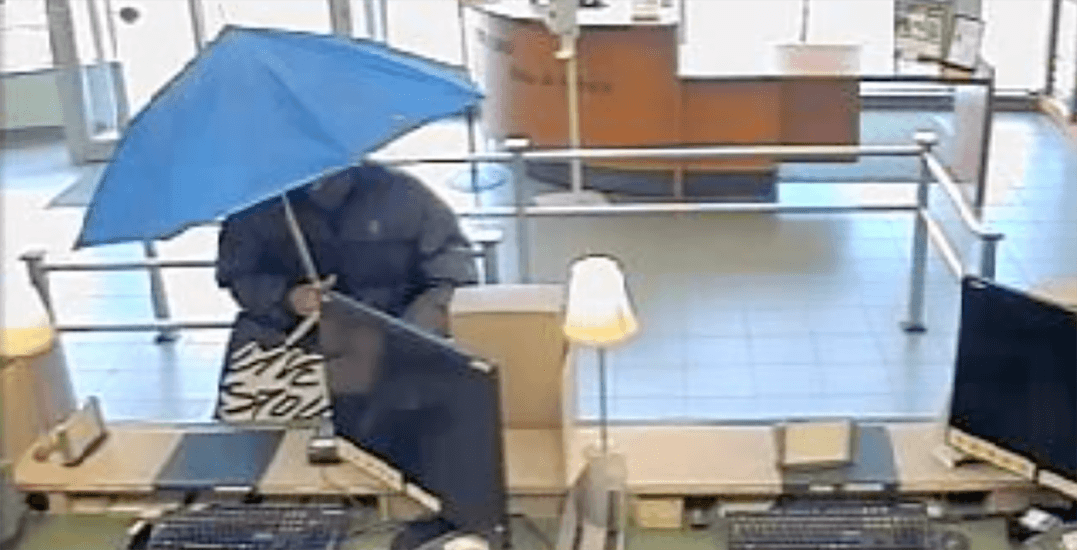 Police are asking for the public’s help in identifying an “umbrella bandit” who’s responsible for a robbery in Burnaby.

The suspect entered the bank holding a blue umbrella over his head as a way to mask his identity.

He approached the tellers and left with a small amount of cash.

“This took place on a sunny day so we’re hopeful that seeing a man holding up an umbrella will jog some people’s memory,” says Corporal Daniela Panesar, in a press release. “If you recognize the suspect or some of the clothing in the images we’re releasing today please contact police.”

The suspect is described as a Caucasian male standing 6-feet-tall and with a heavy build. At the time of the robbery, he was wearing a blue bomber jacket, dark pants, grey sunglasses, and carrying a large blue umbrella.

This robbery took place just after 9am on Monday September 17, 2018 in the 3700 block of Canada Way in #Burnaby. Suspect walked into the bank holding a large blue umbrella, approached the tellers and got away with a small amount of cash. pic.twitter.com/sUVYYa7lt9