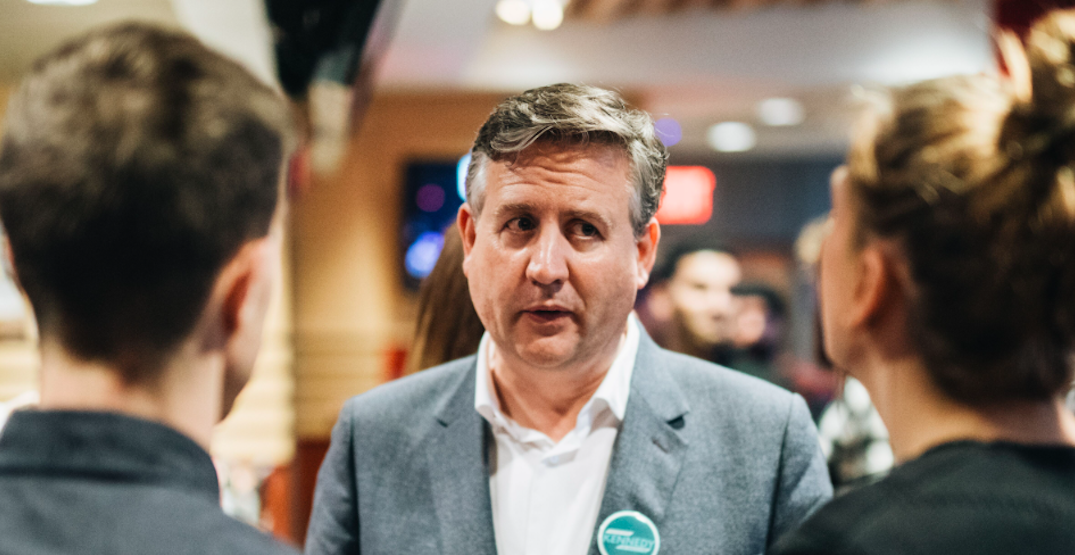 While organizers of this year’s Vancouver 420 still fully plan to go ahead with the event this Saturday at Sunset Beach, Vancouver Mayor Kennedy Stewart said they better be prepared to repay all costs incurred by the city for doing so.

On Wednesday, a spokesperson for the mayor’s office confirmed with Daily Hive that Stewart has said the city will be sending organizers “a bill for all the costs [of the event] including policing costs.”

He added that the city also reserves the right to “take legal action” in order to recover the costs.

The spokesperson said there “isn’t anything more to add at this point,” but should the city decide to pursue legal action, an update would be provided.

Stewart’s words come on the heels of a decision by the Vancouver Park Board to ask 420 organizers to cancel the planned, free Cypress Hill concert, a request organizers said they don’t intend to heed.

According to Park Board Commissioner John Coupar, there are several key concerns that the VPB has regarding the annual event.

The first concern is about the scale. The event will take place on the Saturday of a long weekend. Coupar said that bringing in a major band would only increase the crowd size, as well as increase potential damage to the park.

Another issue is that the event runs without a permit, which according to Coupar, is a large liability to both the board and the City of Vancouver.

“The past two years have cost taxpayers $583,000,” he said. “They’re selling booths without a permit and somebody is making a lot of money.”

According to Jodie Emery, a Vancouver-based cannabis activist, however, 420 Vancouver is the city’s only unlicensed event which pays for all civic and Park Board costs.

“Protest organizers paid over $63,000 to the city and park board to cover all costs including sanitation, park cleaning, traffic control, security, and other costs,” she writes in a public statement. “The Park Board also charges us a $10,000 ’emergency preparedness fee’ which they do not charge other events.”

Upon being asked for comment, event coordinator and cannabis activist Dana Larsen said the VPB is being “ridiculous” and called the motion “silly.”

Larsen said all it does is put park staff into an “awkward” position.

“We will continue to work closely with all relevant park and city departments to ensure 4/20 is a safe protest,” he added.

This weekend’s event, taking place on Saturday, April 20, will be the first 420 Vancouver event held since the legalization of cannabis.