With last night’s Burnaby city council approval, the formal process of creating a master plan for the redevelopment of Metropolis at Metrotown shopping mall has officially begun.

The resulting master plan will align with the municipal government’s 2017-approved Metrotown Downtown Plan that spans both the mall property and surrounding areas.

Metropolis will become the core of this new downtown district for Burnaby.

“That plan established some extensive lines in the sand for how Metropolis can evolve. A couple of things in that plan were difficult for us to deal with at first, but we figured out a way to achieve the city’s objectives,” Graeme Silvera, the vice president of development for retail at Ivanhoe Cambridge, told Daily Hive in an interview prior to the city council meeting.

A new street grid, creating new city blocks, will cross through the site. Numerous towers stacked on top of podiums can be expected as the dominant form of building development, with streetfront retail and office space within the lower levels and residential uses within the upper levels.

There will still be a large indoor shopping mall, but Silvera says “it will be smaller, more compact, more efficient, and more productive.”

Supporting the new density and the creation of a new mixed-use community will be ample amenities, such as public spaces, open spaces, and parks, including a three-acre central park in the middle of the site.

The city is also in the early process of determining the feasibility of an events venue and convention centre. 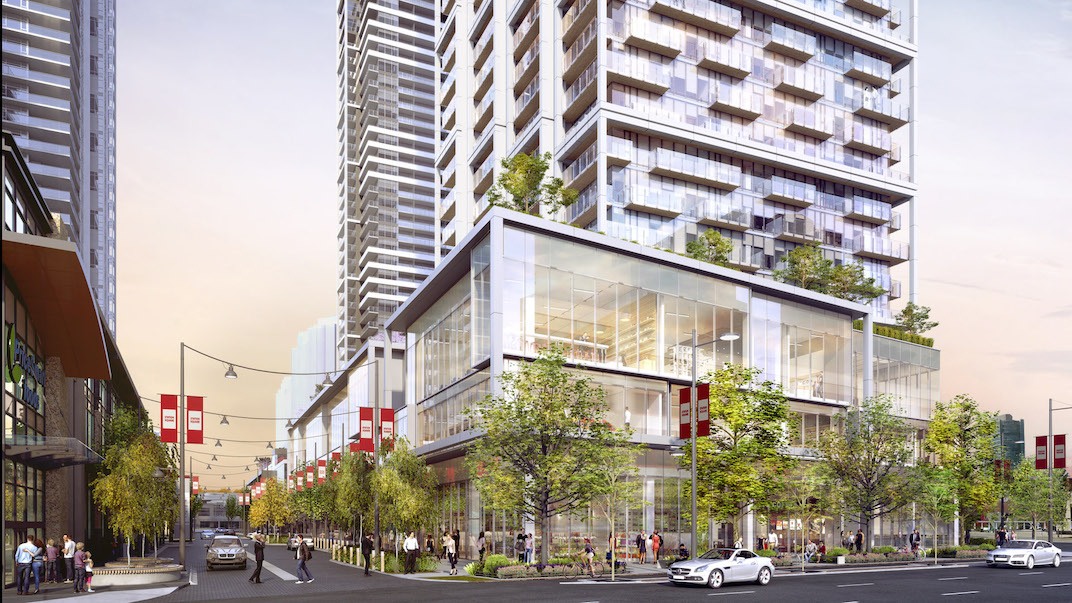 Artistic rendering of the Station Square redevelopment, next to Metropolis at Metrotown, in Burnaby. (Anthem Properties / Beedie Living)

Ed Kozak, the director of planning and building for the City of Burnaby, describes the proposed future transformation as an inversion from being an internally oriented retail property to an externally oriented district that creates the new urban core of downtown Burnaby.

“We want to transform that site that invites the community to it and sets more within a neighbourhood fabric than being an insulated, interior-oriented mall that is highly cut off from the neighbourhood surrounding it,” said Kozak.

The first phase of the redevelopment could begin in the 2020s, replacing some of the ground-level parking along the mall’s Kingsway frontage with new streetfront retail and residential uses.

All phases of the redevelopment are expected to take as long as 70 years to complete. 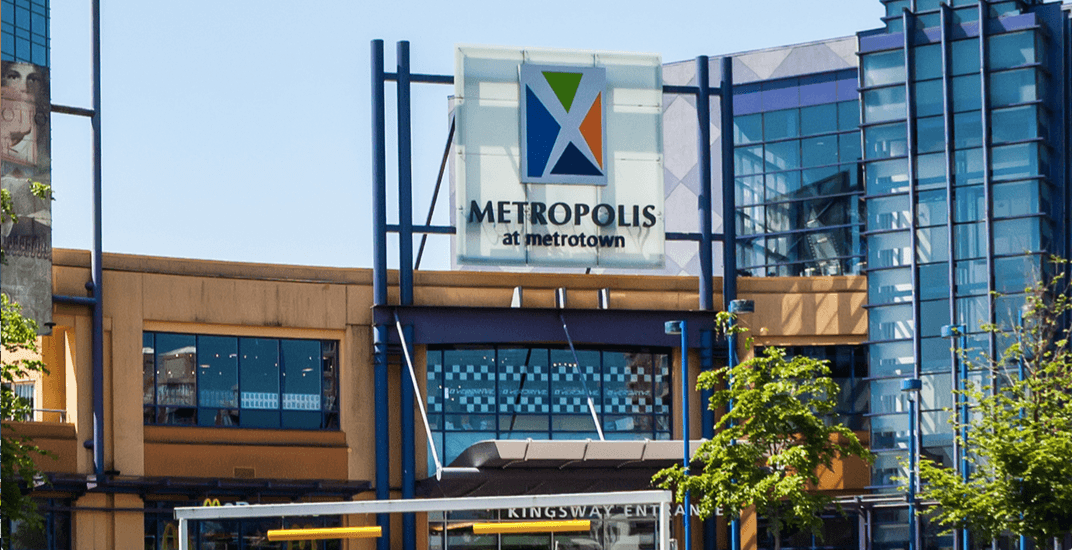 Initially constructed in the late 1980s as separate shopping centre properties, Metropolis is Ivanhoe Cambridge’s “crown jewel” of retail holdings. It is one of Canada’s largest and top-performing shopping malls.

There is over 1.7 million sq. ft. of floor area, with about 450 stores and brands, including a dozen anchor stores, and over 8,000 vehicle parking stalls. It is estimated nearly 80,000 people visit the mall to work, shop, and dine on average each day.

Other major retail properties owned by the Montreal-based real estate company include Calgary’s The CORE and CrossIron Mills, Edmonton’s Southgate Centre, Montreal Eaton Centre, and Tsawwassen Mills. In 2017, it ended its longtime ownership of Oakridge Centre.

The company will release the initial draft redevelopment master plan designs next month during the project’s initial public consultation.