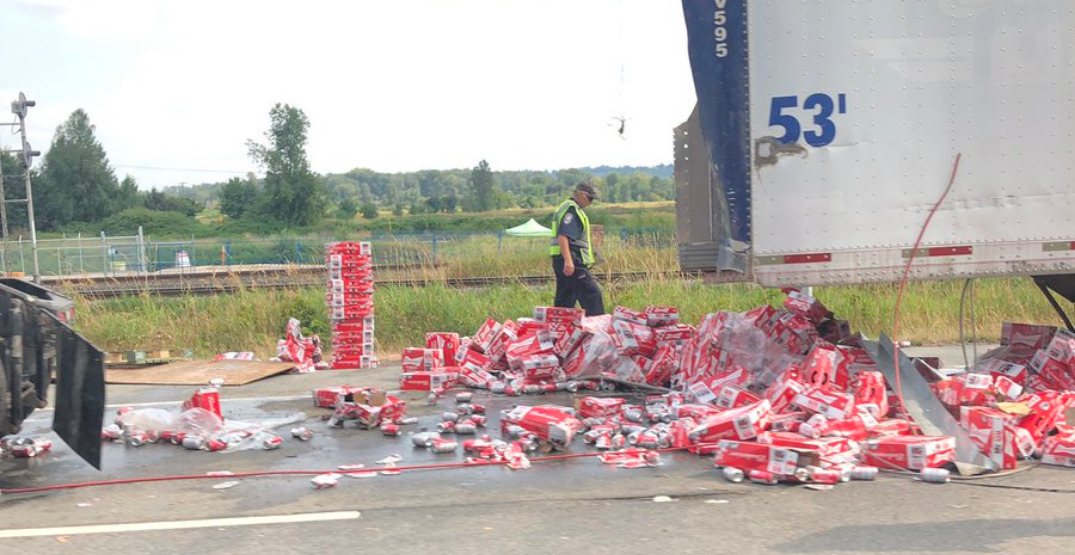 A large truck could be seen at Colony Farm Road in Coquitlam, that had the door to its cargo area ripped apart yesterday afternoon, with Budweiser beer cans, boxes, and sticky beer spilled out all over the road around it.

Drivers were held up Tuesday on Lougheed Highway, because of a malfunction that struck the delivery truck causing the beer to spill out.

The incident caused delays for commuters for a few hours.

In an email to Daily Hive, a Coquitlam RCMP spokesperson said that the incident occurred around 1:30 pm.

“A trailer separated from a truck causing the trailer to split open.”

Pallets of beer had fallen out of the trailer, which spilled out onto the roadway causing some delays in traffic.

Thankfully, nobody was hurt in the incident, and no other vehicles were involved.

One person on twitter quipped, “shouldn’t be hard to get volunteers for this clean up.”

Budweiser is an American-style pale lager, with an abv of 5%.