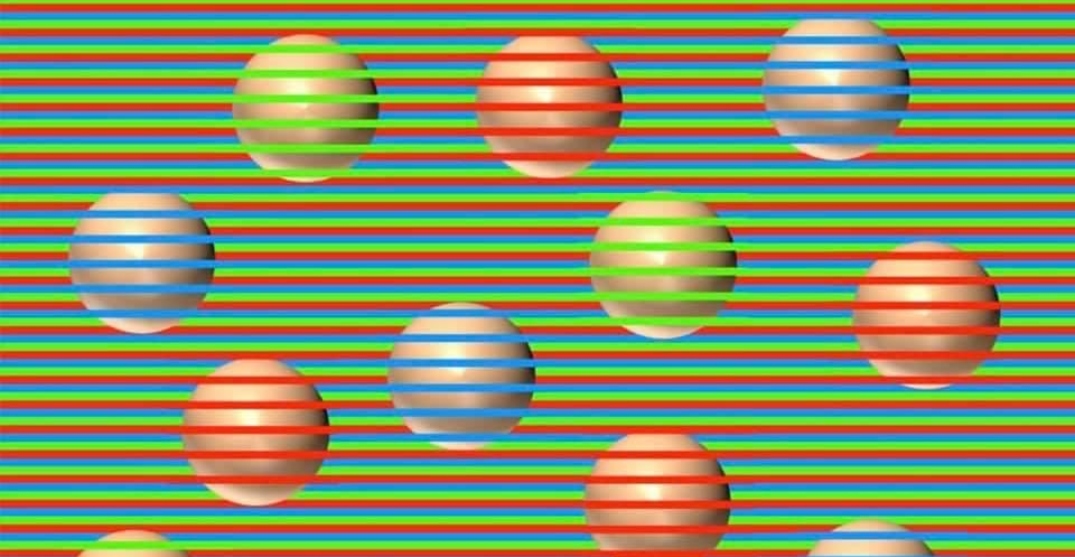 If you want to take your brain for a ride, you’ve come to the right place. An older optical illusion has gone viral on Twitter, quite possibly frying your brain thanks to good ol’ fashion colours.

Let’s get one thing straight: perception is not always reality and you can witness that truth in real-time thanks to a viral illusion that seems to show pink, green, and blue spheres.

But they’re not colourful at all. All the spheres are actually brown.

All the spheres are brown pic.twitter.com/81kEEyDXn6

The image is courtesy of David Novick, professor of Engineering Education and Leadership at the University of Texas. You see (literally), the spheres are floating behind streaks of red, blue, and green lines.

And that my friends, is what takes your brains for a ride.

Novick says all the spheres are the same colour — brown. “A three-color confetti illusion with spheres, which appear to be yellowish, reddish, and purplish but in fact have exactly the same light-brown base color (RGB 255,188,144),” wrote the professor in 2019. “Shrinking the image increases the effect.”

The puzzle can get even more trippy as the colours of the spheres tend to switch depending on which area of the image your eyes are focusing on. If you switch areas, a clearly “purplish” sphere might appear greenish or red-like.

Novick confirms that with the foreground stripes removed, it becomes clear that all the spheres are simply brown and everything you’ve ever known in the universe unravels (at least, that was the case for me…)

Very nice! This neatly matches the original with the foreground stripes removed. pic.twitter.com/ZcwflVhj6O

The optical illusion actually creates a disconnect between raw data and information (data put into context) by our brains.

Colours perceived by our eyes also take into account the colour surrounding it as well.

Essentially, by changing the colours of the stripes, we are also changing our perception of the spheres themselves.

The illusion shows how much the perception of colour is influenced by what’s around it.

Pass it on to your friends and family and then take a seat and then rethink what you actually think is reality.