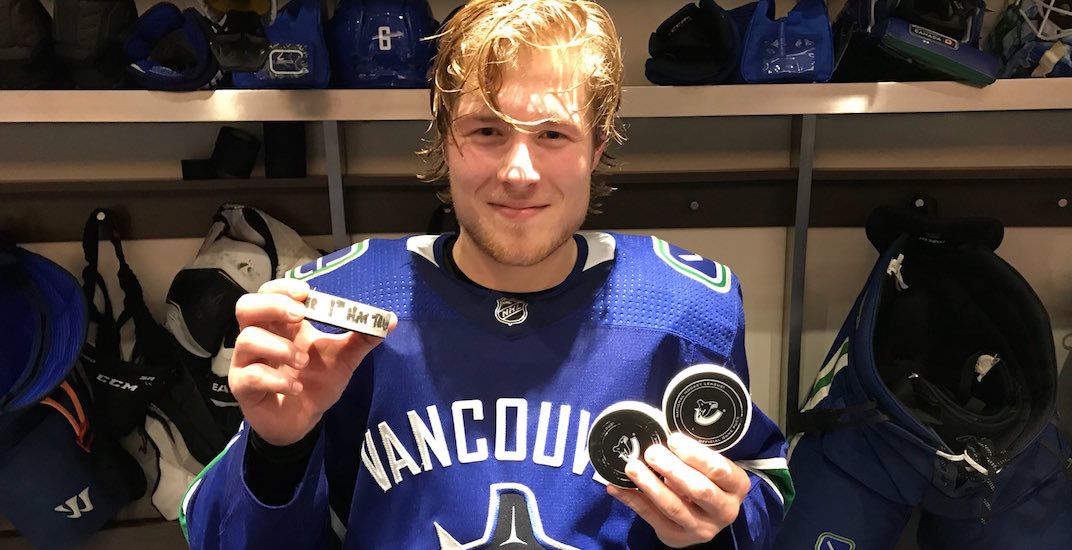 Facing a star-studded Pittsburgh Penguins lineup, Canucks rookie Brock Boeser was the star of the show on Saturday.

Boeser tied the game in the first period, gave the Canucks the lead in the second, and then netted the game-winner in the third. He had seven shots on goal and added an assist on Bo Horvat’s insurance goal for good measure, as the Canucks beat the Stanley Cup champions 4-2 at Rogers Arena.

His hat trick goal was a beauty, taking a pass from Horvat before sniping a shot to the top corner of the net.

The hat trick is the first of Boeser’s young career, bringing his goal total up to five this season. He leads the Canucks in points, with 13.

The 20-year-old sniper is the youngest Canucks player to score a hat trick since Trevor Linden in 1988.

“He’s phenomenal,” Horvat said of his linemate. “He can shoot that puck. Special night for him and he could have had four or five goals.”

Indeed. Boeser had a chance at an open net late in the game, but unselfishly passed off to Chris Tanev.

The Canucks play one more game at home – Monday against the Detroit Red Wings – before heading on the road for four games.