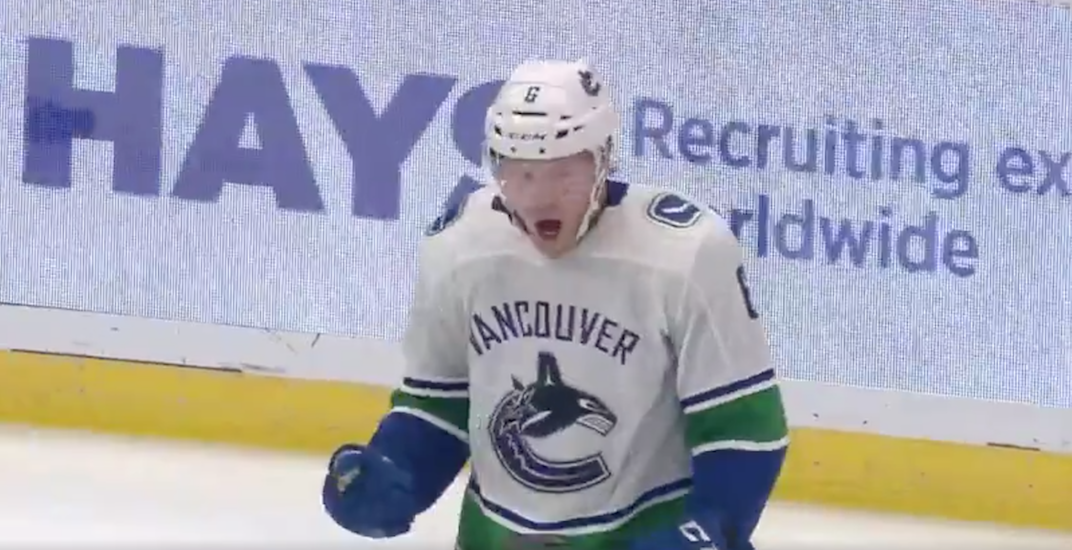 It was only four games, but it felt much longer.

Brock Boeser got the monkey off his back, and he picked a great time to do it.

Following an uneventful preseason, Boeser entered Thursday’s game in Tampa Bay with zero goals and just three shots on net through the first three games of the regular season. Pressure was rising.

Midway through the third period, he got some relief.

Judging by the reaction of the usually stoic sniper, he was squeezing his stick a little tight lately.

This is the hardest we'll ever see Boeser celly after a goal. Cherish it. #Canucks pic.twitter.com/pqQ5k2ywqQ

“Maybe some of the media was coming down a little hard on me, but it’s been a long process since my injury last season,” Boeser told Sportsnet’s Dan Murphy following the game.

Not only did a back injury end Boeser’s rookie season, he was dealing with a nagging wrist injury. This season, he’s wrapping his wrist in tape.

The Canucks held on for a 4-1 win over the Lightning, aided by an outstanding night by goaltender Anders Nilsson, who stopped 33 of 34 shots.

We’re starting to get used to this.

Pettersson has earned at least a point in every game of his young NHL career. If he earns a point Saturday in Florida, he’ll tie a franchise record.

#Canucks Elias Pettersson is on a 4-game point streak to start the season. He's 1 game shy of matching the franchise record set by Don Tannahill in 1972-73

The Canucks added two empty netters in the win, including one scored by Jake Virtanen.

John Shorthouse called out “shotgun” as the puck went into the net, signalling Canucks nation to pound one back.

Got the boys together at a wedding for a little #ShotgunJake 2/20. Oh yeah. pic.twitter.com/jxoz23HOLy