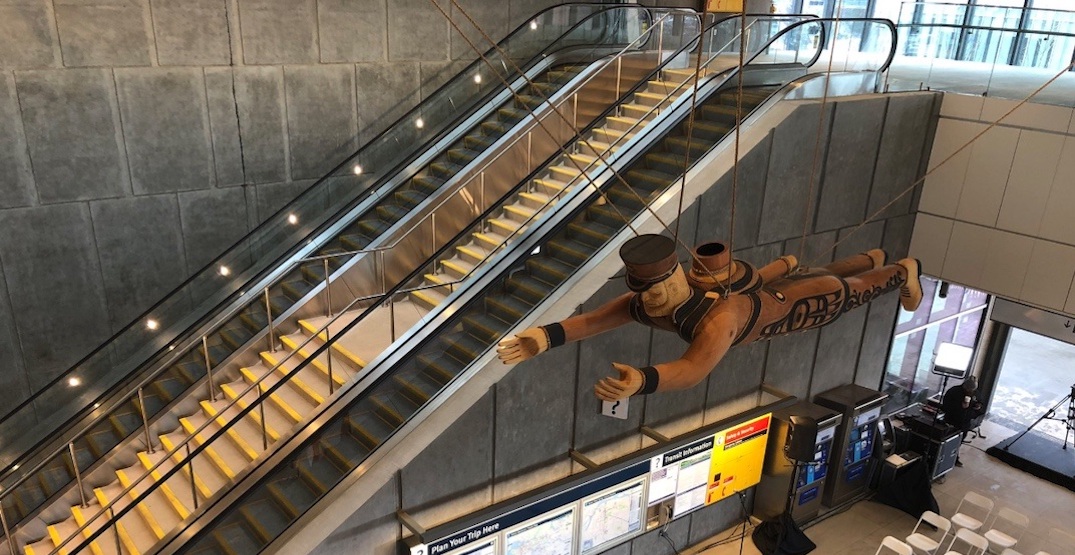 Lou Sheppard, a Canadian artist who specializes in interdisciplinary audio, performance, and installations, will design the public art for Great Northern Way-Emily Carr Station. He will collaborate with students from Emily Carr University of Art and Design in the conceptual development and artwork production.

For Mount Pleasant Station, local resident Sylvan Hamburger has been selected for his specialty in printmaking techniques, salvaged materials, textiles, and installations.

A team composed of James Long and Maiko Yamamoto, collectively known as the Theatre Replacement, in collaboration with Vanessa Kwan, Remy Siu, and Cindy Mochizuki, will be responsible for the public art installation at Broadway-City Hall Station. They specialize in interactive media, animation, video, live performance, and installation.

South Granville Station’s public art will be designed by Vancouver-born Derek Root, a graduate of Emily Carr University of Art and Design. His work focuses on the use of the language of geometric abstraction and vibrant colour to alter viewers’ readings of architecture and space. 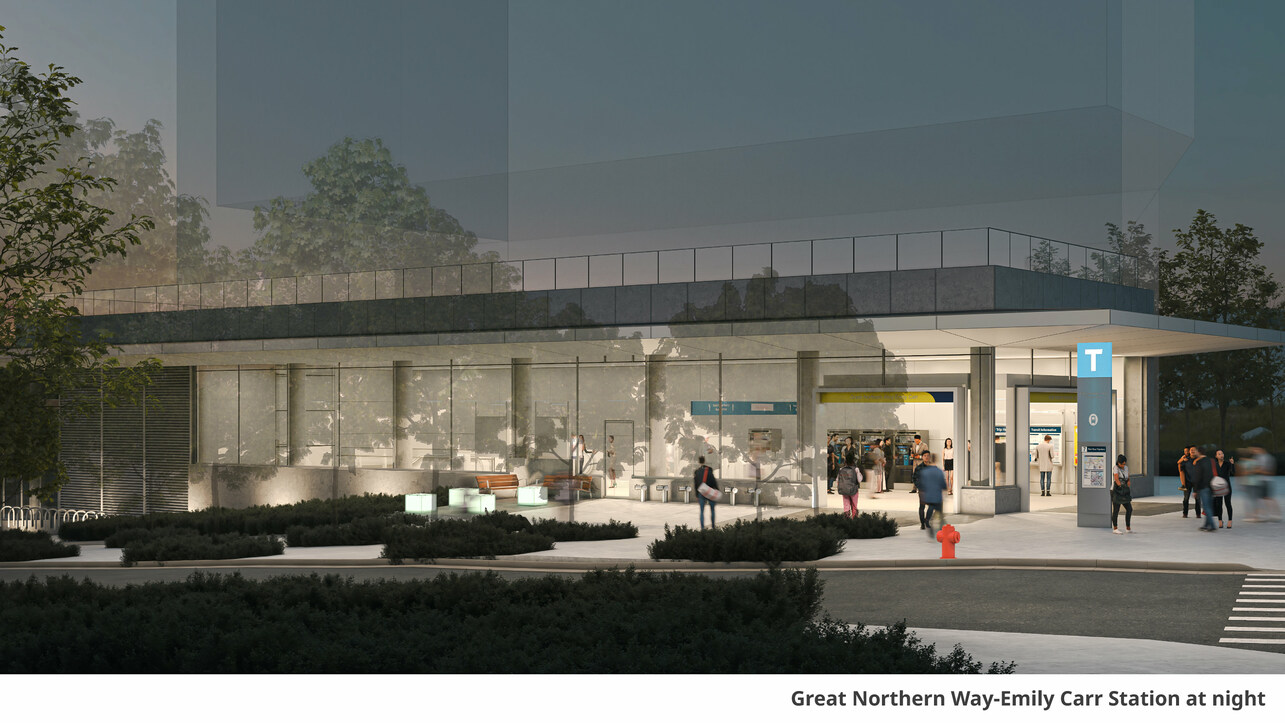 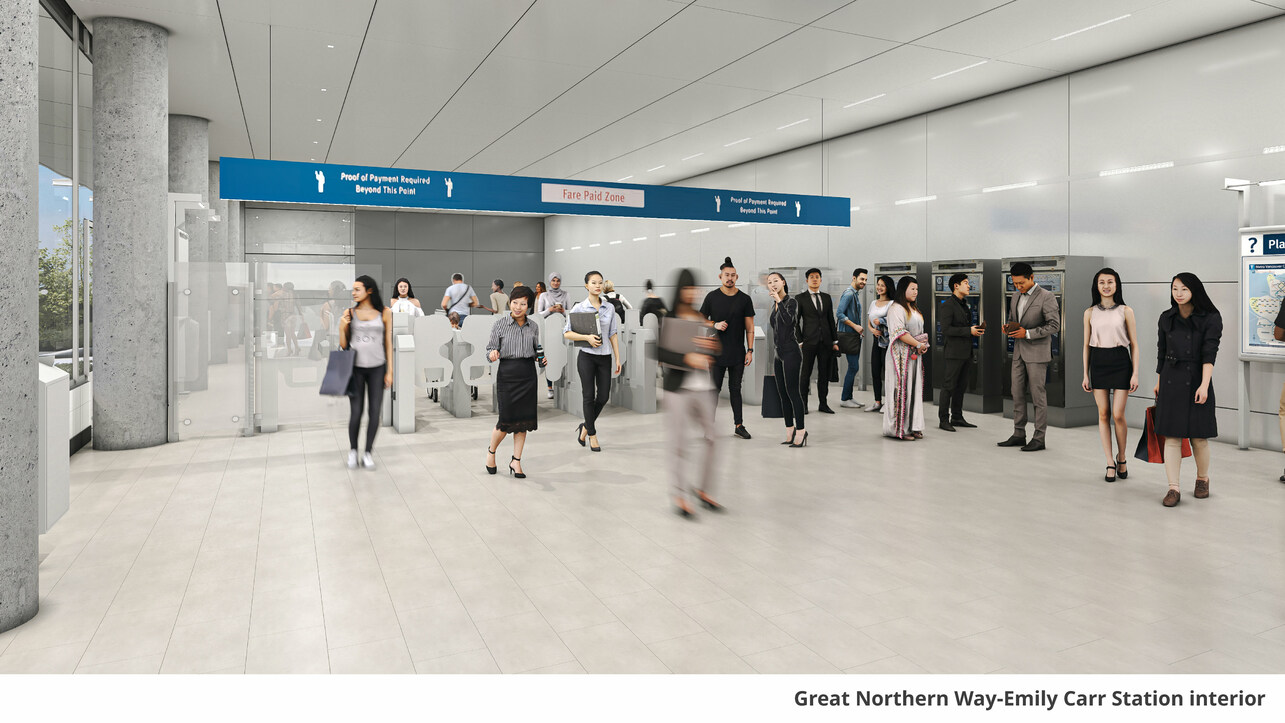 These artists were selected following a two-phase procurement process that began last year, starting with an open call to Canadian artists and teams. A panel comprising staff from the provincial government, City of Vancouver, and TransLink chose the successful proponents.

Oak-VGH Station and Arbutus Station were not included in the general public art program for the subway project.

However, all six stations will have separate Indigenous public art installations, with the provincial government working with the Musqueam Indian Band, Squamish Nation, and Tsleil-Waututh Nation.

The concepts for all artworks will be revealed at a future date.

Construction on the $2.8 billion, 5.7-km-long seamless extension of the Millennium Line from VCC-Clark Station to Arbutus Street began this past spring.

When it opens in 2025, it will take about 11 minutes to travel from Commercial-Broadway Station to the new westernmost terminus of the Millennium Line at Arbutus Station. Until SkyTrain is further extended to UBC, the remaining journey to the university will be made by a truncated 99 B-Line route starting from the new Arbutus Station bus exchange.

On opening day, the Broadway Extension is expected to see 130,000 passengers per day — more than twice the existing ridership of the 99 B-Line.