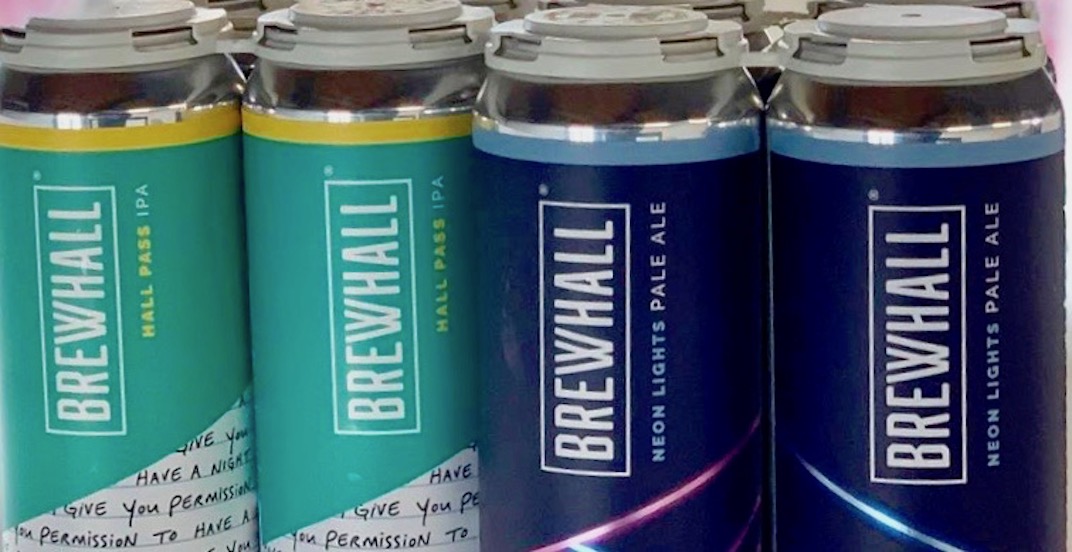 It’s been just under six months since Vancouver’s first brewery and beerhall, BREWHALL, opened its doors in Olympic Village and the brand is already taking another step to get its popular brews into Vancouverites’ hands.

Signature beers Neon Lights Pale Ale and Hall Pass IPA will be up for grabs in four-packs, giving patrons their first chance to pick up cans to go from the local purveyor.

BREWHALL will also be offering a gift card or an order of fried pickles or a soft pretzel to the first 50 people who purchase four-packs from their beerhall in Olympic Village.

The collaborative brewery has already brewed 29 creations with some of the area’s most popular breweries, and these cans are another feather in the cap of the celebrated and relatively new Vancouver brand.