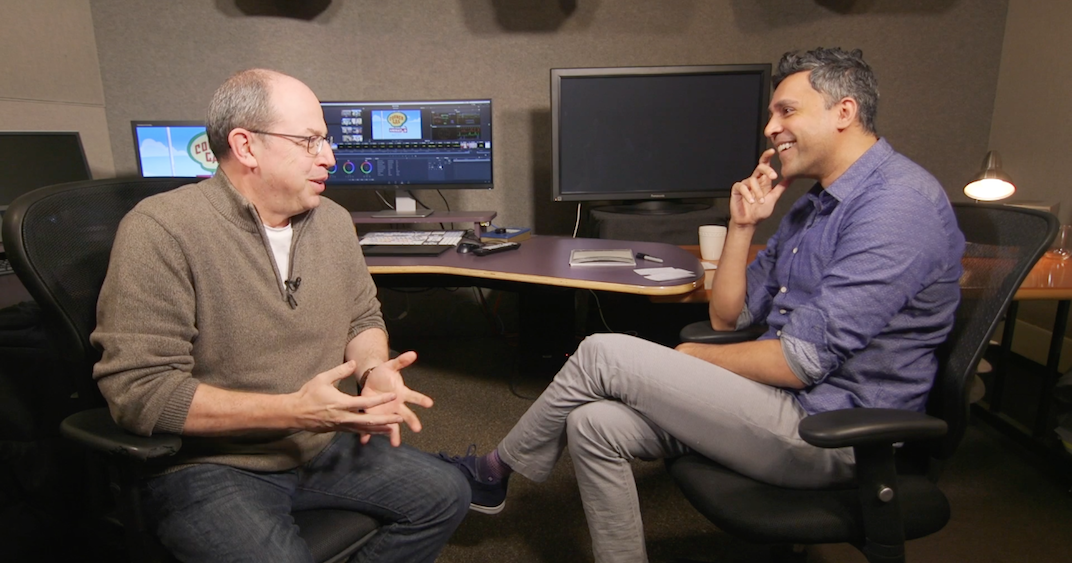 April 2 marked the much-anticipated television return of the iconic Canadian series “Corner Gas”, created by comedian Brent Butt. Daily Hive sat down with the executive producer and star ahead of the show’s premiere to talk about rebooting the show, and why the fans played a big role in the return of “Corner Gas.”

Doing some publicity this morning and ran into this handsome S.O.B.#cornergasanimated premieres Apr.2 on @comedynetwork pic.twitter.com/AXGVaycR7t

“The response to the movie was bigger than anybody could’ve imagined,” says Brent who also serves as executive producer and the voice of “Brent” in the show.

But when CTV approached him to produce more “Corner Gas,” Brent wanted to go in a different direction.

“Everybody’s getting older. At a certain point it’s gonna look weird,” he says. “It’s like when Gilligan had the white hair. In my case, it was no hair.”

The new animated series combines Brent’s love of comedy and comic books. Before pursuing a career in stand-up comedy, Brent co-started a publishing company called Windwolf Graphics, and his first comic, Existing Earth, was nominated for a Golden Eagle Award.

This 13-episode reboot of the 2009 Canadian comedy gives the beloved characters of Dog River a cartoon makeover, and even more fun and kooky shenanigans to get themselves into.

In the premiere episode, Brent accidentally bungles a fuel order and causes a gas shortage, forcing his friends to search for alternate fuel sources… like corn. The series premiere became the highest-rated debut on the Comedy Network, with over 300,000 viewers tuning in during the first week of its release.

In this interview, Brent shares stories about the creation of “Corner Gas Animated,” teeth implants, dropping out of school to start a career in stand-up, and what it takes to be successful in comedy.

“Being funny is more important than anything. Because you can go on stage and have a tremendous point of view, you could be edgy as hell. But if it’s not funny, what are you doing? You’re a lunatic on a soapbox screaming at the birds.”