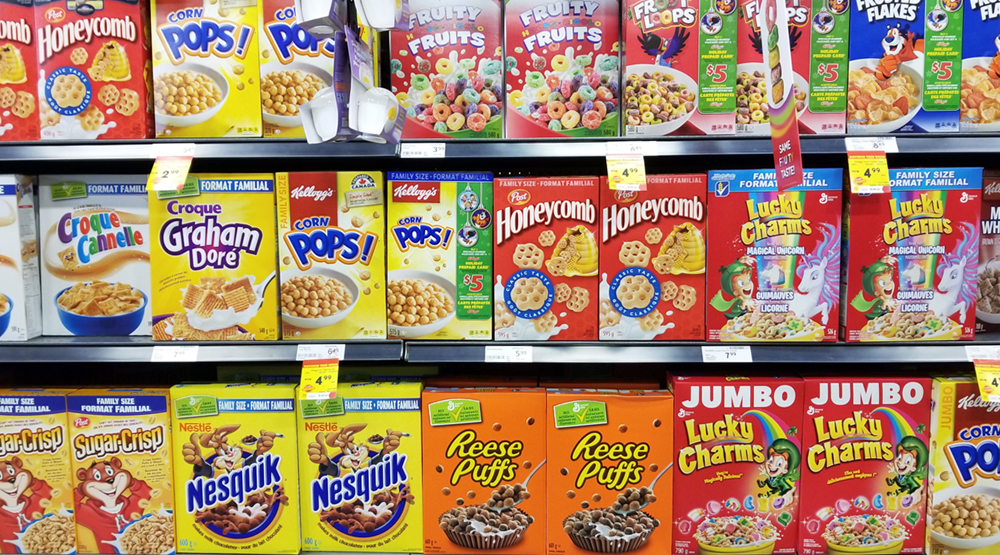 There’s something nostalgic about pouring out that sugary goodness, drowning it with milk, and sopping up the memories.

Whether it’s for breakfast or a late-night snack, cereal is a staple in millions of Canadians’ diets. It’s cheap, it’s plentiful, and it’s good.

Some cereals might be better than you remember. Others don’t hold up after all these years. And a few haven’t changed one bit. We’ll attempt to rank them from absolute best to worst.

This is the frozen yogurt equivalent of breakfast cereals. It’s what you’d get if Cap’n Crunch had its soul sucked out.

Crunchy as hell. The only thing you’ll hear when eating a bowl of this is a 100-decibel crunch. The cereal itself is okay, but a positive byproduct is the delicious milk that comes from French Toast Crunch.

Sweet, light, and airy honeycomb. Those characteristics made it easy to consume a whole salad bowl of Honeycomb in one sitting. What, you never did that?

Props to Oatmeal Crisp for bringing the texture game, here. There’s a lot going on in a bowl of this cereal.

Life is the very close cousin of Shreddies, and it’s the slightly more appealing option in the cereal aisle.

The Crispix is the lovechild of a cornflake and a rice crispy on steroids fused together. The only drawback is you have to eat Crispix at light speed to avoid the cereal getting soggy.

Just like Cheerios, there are endless flavours of Chex. By far, two of the best are blueberry and cinnamon. Dare I say the cinnamon Chex rival Cinnamon Toast Crunch? Blueberry Chex are pretty stellar.

Sure, the ruggedness of Cap’N Crunch makes you feel like you’re eating a mouthful of diamonds, but it’s worth the mild pain for the sugary payoff. The multi-boxes of these are known to last only a few days in any house with children or those with a sweet tooth.