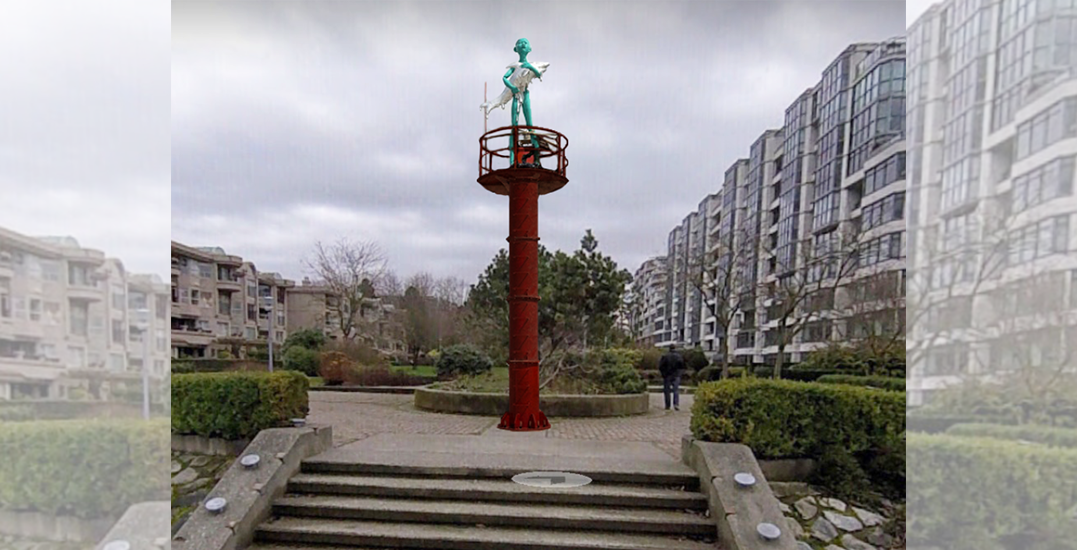 The Vancouver Biennale is asking residents to look at the bigger picture regarding a proposed art sculpture that’s sparked debate across the community.

The piece of artwork is titled “Boy Holding a Shark” and was created by Chen Wenling. The sculpture shows a blue-coloured boy holding a silver shark that appears to be melting.

It stands nearly eight metres tall and weighs 1,200 kg, with the boy and shark standing on top of a red beacon that resembles a lighthouse. 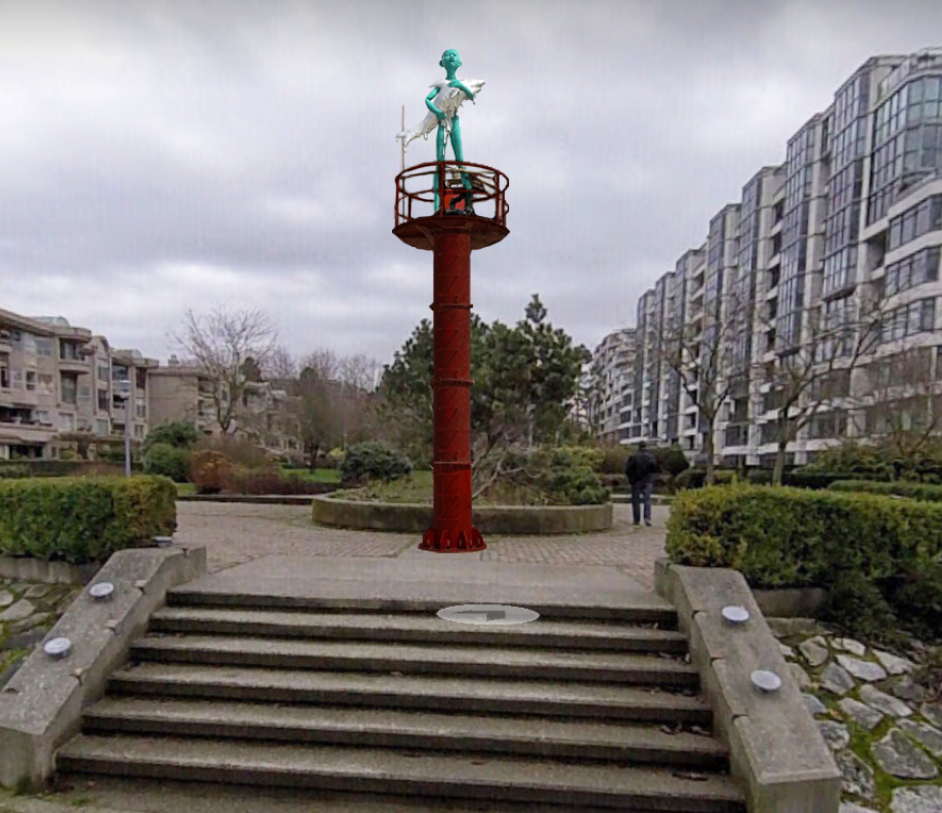 “It’s creative placemaking that taps into our identity as a port city and long history of environmental activism, revitalizes the dialogue and re-engages our collective consciousness at a critical point in the health of our oceans,” reads a statement from the organization in response to public criticism.

Many False Creek residents, however, are rallying against the installation of the sculpture. An online petition fighting against it has received over 1,300 signatures.

The founder and president of the Vancouver Biennale said that while there’s plenty of criticism going around, he’s personally received an abundance of positive feedback.

“It’s always encouraging knowing that there are people who are supportive and certainly opposed to some of the rhetoric of quite a handful of individuals who have taken it upon themselves, in great energy, to see the artwork not be installed,” says Barrie Mowatt, Founder and President of Vancouver Biennale.

Mowatt has been part of the Biennale for nearly 20 years. He tells Daily Hive Urbanized in an interview that he’s “not unfamiliar” with the kinds of comments the organization has received, including complaints surrounding traffic, walking, cycling, and the impact on green space.

“Then there are the racist comments, which cause me some significant concern,” he added. “And those racist comments are couched with environmental or other kinds of neighbourly comments.”

Mowatt stresses that the image that Vancouver Biennale initially shared was only part of the entire artwork. Standing on top of a red pillar that resembles a lighthouse, he describes the artwork as a beacon and a warning of environmental issues such as global warming.

“Without seeing it in its entirety, one can create all kinds of imaginings of a 24-foot-high boy holding a shark,” he explains. “If one sees the full strength of the artwork, then one might have a better idea that there’s a message here, as well as the beauty in terms of the architectural structure of it all. It shouldn’t be foreign to Vancouver; we’re a port city.”

According to Vancouver Biennale, Boy Holding A Shark is akin to a lighthouse, acting as a warning that “human activity is jeopardizing our oceans to the point where event he most powerful and seemingly indomitable of marine life are in distress.”

Mowatt adds that throughout his time at the Biennale, every public art installation of any size has been challenged by some portion of the community.

“And they’ve challenged it through the same basis,” he says. “They don’t want it in their backyard. It’s too big. It’s too ugly, you know… beauty is in the eye of the beholder.”