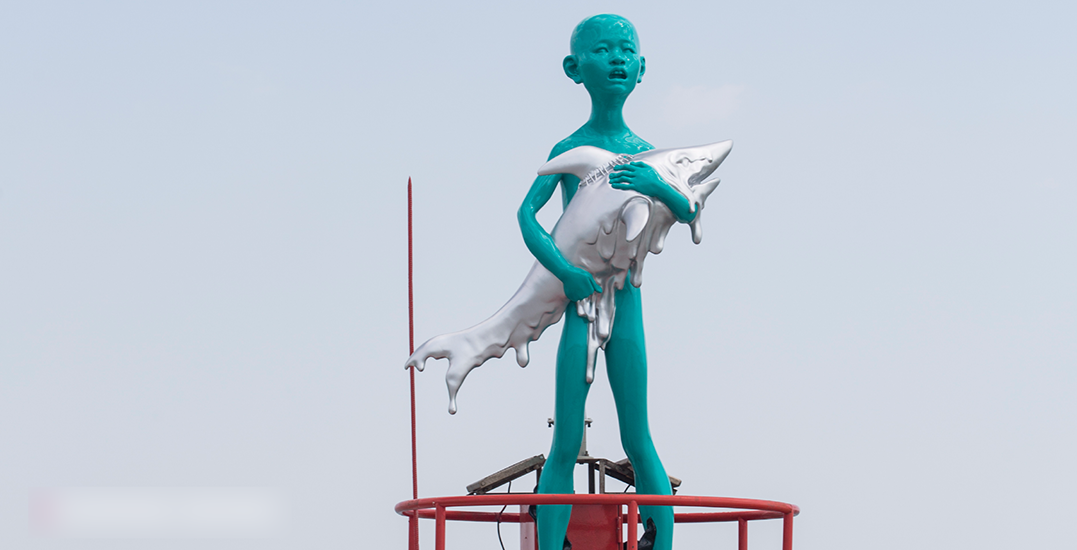 Hundreds of people are rallying against an eccentric sculpture that would be installed on the south side of False Creek along the Seawall.

The piece of artwork is titled “Boy Holding a Shark” and was created by Chen Wenling. The sculpture shows a blue-coloured boy holding a silver shark that appears to be melting. According to Vancouver Biennale, the organization that plans to install the artwork, it stands nearly eight metres tall and weighs 1,200 kg.

“Boy Holding A Shark looks into the subject of human nature,” reads a description on the Biennale website. “This work is the artist’s reflection on the growing tension between humans and the ocean. It is an alert that the destruction of nature will eventually counteract humanity itself.”

Boy Holding A Shark by Chen Wenling is slated for installation in False Creek (Vancouver Biennale).

The non-profit organization says that Wenling wants to evoke concerns over environmental issues, thus inspiring change in the global community.

It appears, however, that many False Creek residents want to stop the installation of the art altogether. An online petition titled “Stop False Creek South Sculpture” has received over 300 signatures.

“This would be an unsightly imposition on the garden-like setting of this False Creek neighbourhood,” reads the petition. “There has been little neighbourhood consultation on this project.”

Many of the residents who signed the petition also voiced their reasoning for why they didn’t want it installed. Many people had similar opinions, arguing that the structure was too large and intrusive. The lack of public consultation was also cited.

Another argument was the location. “Boy Holding a Shark” is slated for installation on the south side of False Creek along the Seawall near Stamps Landing.

Multiple people who signed the petition stressed that the area is already narrow and congested, arguing that a visual distraction could lead to accidents involving cyclists and pedestrians.

Wenling’s art, however, is no stranger to Vancouver. He’s also the artist behind “The Proud Youth,” a five-and-a-half metre tall, two-ton sculpture that’s on display near the North False Creek seawall.

Daily Hive has reached out to Vancouver Biennale for additional comment. 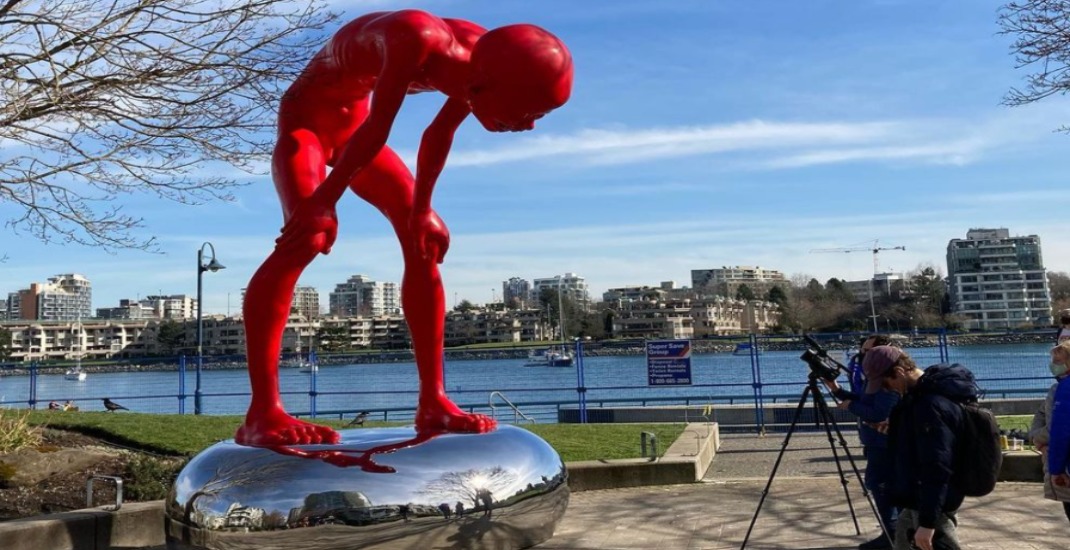