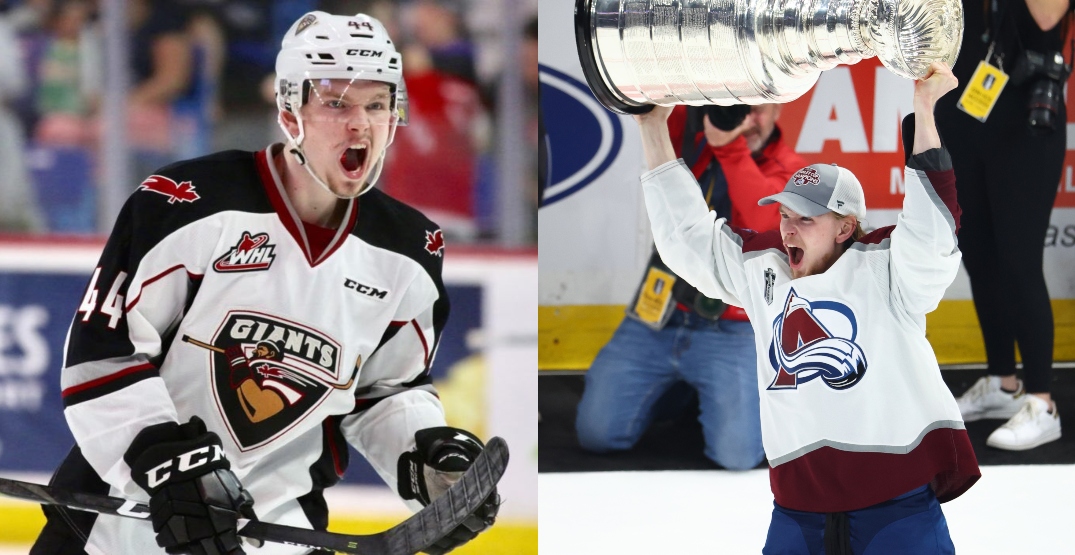 Anyone that watched Bowen Byram in his time with the Vancouver Giants knew he was a special player, but even the most-ardent Bowen Byram supporters would likely tell you they didn’t expect him to be this good, this quickly, at the National Hockey League level.

But just two years removed from putting on a show most nights at the Langley Events Centre, there was Byram last night in Tampa, hoisting the Stanley Cup, along with his Colorado Avalanche teammates.

If you weren’t watching Bo raise The Cup last night, what were you even doing?!
•
Nice to see some Gmen Alum there to cheer on their friend! pic.twitter.com/hoBwKIzd0F

How good was Byram in last night’s series clincher? Not only did he set up Nathan MacKinnon to get the Avs on the board with a much-needed goal in the second period, but Byram, who just turned 21 two days before the Final started, also led all Colorado skaters in third-period ice time. He logged 10:19 as the Avalanche put on a masterclass defensively, and held Tampa at bay, as they locked down their 2-1 victory.

On the night, Byram was second only to Abbotsford’s Devon Toews for the Avs seeing 25:48 of ice time, his second-highest total of the playoffs, behind the 28:25 in had in Colorado’s Game 4 overtime victory over the Bolts.

Obviously, playing in the shadow of Cale Makar is going take some of the attention away from the performance Byram turned in throughout the postseason.

But the deeper the Avs went, the more it became apparent that not only did Colorado have the best young defenceman in the game, they pretty clearly have two of them.

When the Avs lost Samuel Girard in the St. Louis series, there were concerns about the Avs’ depth on defence. But as it turned out, the injury to Girard just paved the way for Byram to step up his game, take on a bigger role, and prove he was more than ready for the prime time of the Stanley Cup Playoffs.

The kid from Cranbrook logged more than 20 minutes in eight of his final 10 games, games on the biggest stage the sport has to offer.

And get this. In more than 360 even-strength minutes in the postseason, the Avs outscored their opponents 23-9 with Byram on the ice, and across the board, his underlying numbers were off-the-charts good.

It wasn’t that long ago that people in hockey circles projected big things for Byram.

And make no mistake about it, Byram played a huge role in helping the Avalanche win the Stanley Cup.

Not bad for a guy that was riding busses in the Western League just two years ago, not bad at all.