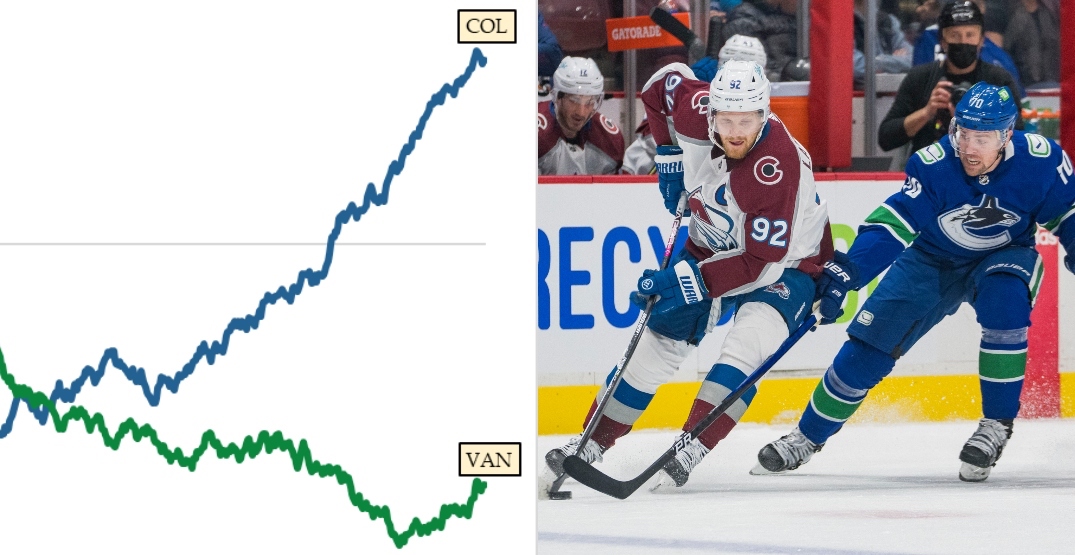 There is a lot to like and not much to dislike about the Stanley Cup champions, unless you’re a Canucks fan.

Five years ago, prior to expansion, Vancouver finished 29th in the overall league standings. The only team worse: the Colorado Avalanche.

And the Avs weren’t just worse, they were miles worst. Twenty-one points in arrears of the Canucks.

Well, since that time, Colorado GM Joe Sakic conducted a full rebuild and now stands atop the NHL mountain again.

The management group did an honest self assessment, traded would-be pillars Matt Duchene and Tyson Barrie, and drafted wisely on their way back up the standings.

The Canucks take the other approach. They fall in love with their core, they don’t do honest assessments, they draft poorly, they spend unwisely in free agency and well, just take a look at Travis Yost’s Twitter post of goal differential between the two teams since.

Here's what happened since. pic.twitter.com/Ch0qZjgp5D

I’m not arguing that the Canucks could’ve mirrored the Avalanche success over the last 5 years had they chosen the same course, because the truth is I’m not sure the previous management group had it in them.

All I know is today, watching where the Avalanche has come from, feels like the Canucks have wasted a half-decade.