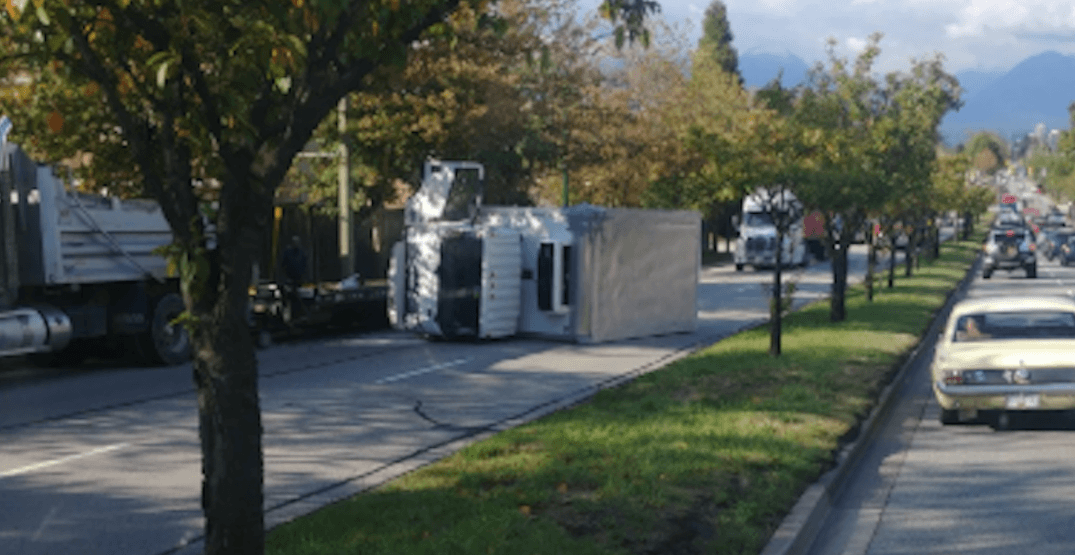 A truck that ended up on its side closed southbound lanes on Boundary Road on Monday afternoon, causing severe traffic backups and delays on the border of Burnaby and Vancouver.

The late afternoon incident caused a headache for commuters in the area, including one person who told Daily Hive at 5 pm that they had already been stuck in traffic for close to an hour-an-a-half as a result of the flipped truck.

Another person shared a shot of the truck on its side on social media.

The incident reportedly closed all the lanes south of Moscrop Street.

At this point, there is still no word on what exactly caused the truck to end up on its side in the first place.