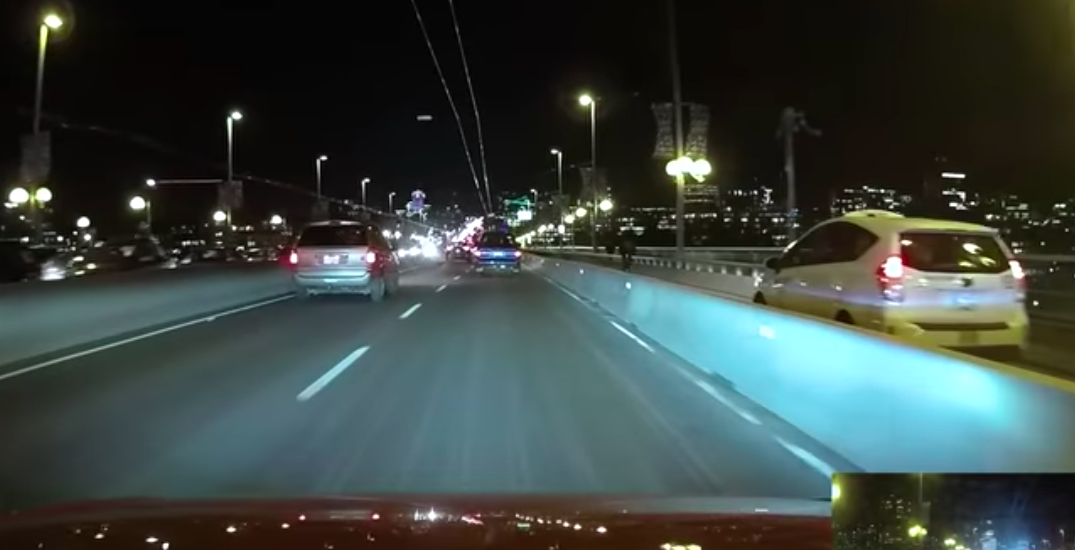 Bonny’s Taxi is investigating after one of their cabs was captured on video driving over the Cambie Street Bridge in the bike lane.

Emon Bari, general manager of Bonny’s Taxi, said he suspended the driver’s driving privileges while the management team looks into what happened.

“We will not have any further comments until we have completed our interview with this driver,” Bari said in an email to Daily Hive. He added the investigation will likely begin Monday.

The Vancouver Police Department is also investigating what happened.

“Driving in a designated bike lane only is not allowed by vehicles,” said Sgt. Aaron Roed.

Another driver’s dashcam captured the taxi as it exited Vancouver’s downtown core using the cyclist lane instead of the vehicle lanes. The driver and passenger can be heard gasping “what?” and “sorry, what?” as they pass the cab on the wrong side of the divider.

The bike lane narrows towards the south end of the bridge, and the dashcam user asks “what’s he gonna do here?”

It’s not clear how the taxi got out of the bike lane. Some Reddit users have speculated it may have driven over the collapsable pylons.