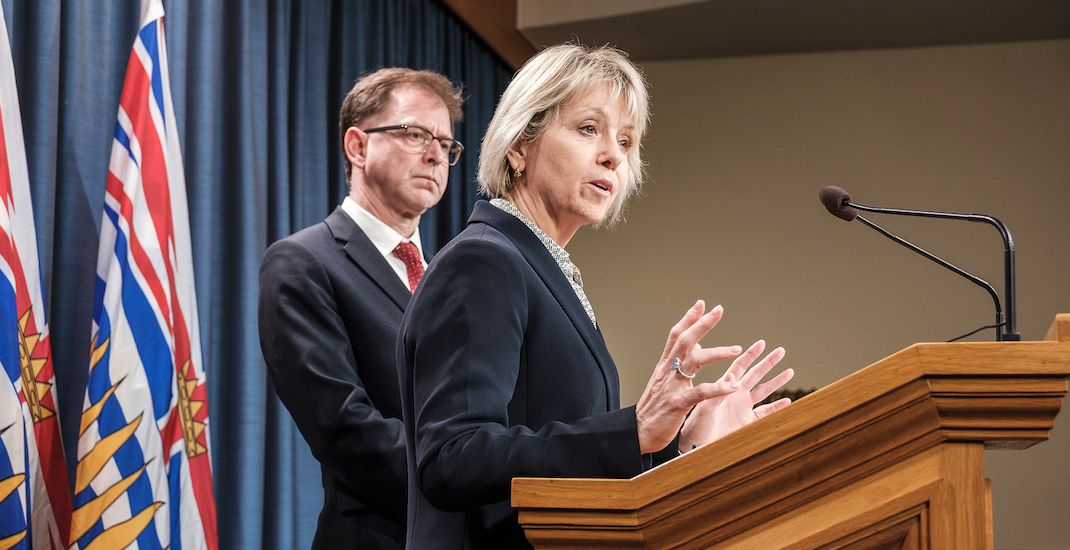 They’ll be joined by Dr. Victoria Lee, president and CEO of Fraser Health.

Provincial Health Officer Dr. Bonnie Henry, Adrian Dix, Minister of Health, and Dr. Victoria Lee, president and CEO of Fraser Health, will provide an update to the media on COVID-19 in BC. #CovidBC https://t.co/ldUMPQHeck

Earlier this week, British Columbia recorded its largest three-day total increase in coronavirus cases since the pandemic began. Henry also issued a new public health order that household gatherings must be limited “in private homes to no more than your immediate household, plus “your safe six.”‘

When the health order was first announced, Henry stressed that there would be an “immediate focus on the Fraser Health region, where the increase in new cases is most notable.”

When asked, health officials with Fraser Health said that rising test positivity rates were occurring, adding that they were a concerning but expected marker of a surge of cases in the province.

Earlier this week, Fraser Health’s percent positivity figure, the fraction of coronavirus tests that come back positive, was 8% according to the BC Centre for Disease Control coronavirus dashboard.

That’s higher than Toronto’s 4.6% positivity rate, where restaurants and indoor fitness centres are shut down. It’s also much higher than all other health authorities in BC. Vancouver Coastal, Interior, and Northern are seeing test positivity between 3% and 4%, and Vancouver Island is reporting less than 1%.

Provincial Health Officer Dr. Bonnie Henry has previously said that a figure greater than 5% indicates concerning spread within the community.