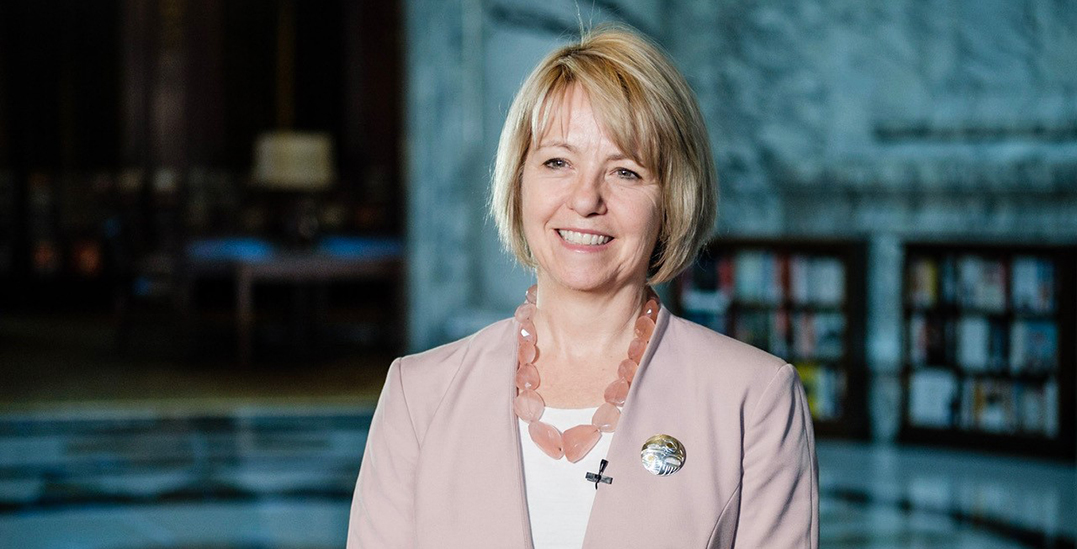 Provincial Health Officer Dr. Bonnie Henry has been recognized and awarded for her exceptional work.

On Tuesday, YWCA Metro Vancouver announced that they awarded Henry with the “Icon Award” at this year’s YWCA Women of Distinction Awards.

According to a statement from the charity, the Icon Award is given to a person who “demonstrates a track record in excellence” and is “an inspiration to others in her field.”

“From supporting the eradication of Polio in Pakistan to controlling the outbreak of Ebola in Uganda, Dr. Henry’s contributions to public health span more than two decades,” says YWCA Metro Vancouver.

“More recently, she has become a household name across Canada for her leadership in BC’s COVID-19 response.”

Henry says that she’s honoured and humbled to be included in the award and that she will continue to work towards creating a positive impact.

“I am humbled to be included amongst the previous recipients,” she says, “women who have overcome adversity, challenged convention, and shown unwavering passion, commitment and leadership.”

And while the pandemic may be far from over, this isn’t the first time that Henry has been recognized for her astounding work.

In addition to winning the 2020 Canadian Public Relations Society President’s (CPRS) Award for Outstanding Public Relations and Communications Management, Henry has also been featured on CNN and in the New York Times.

She was also the guest of honour in Gastown earlier this month, during which a “Murals of Gratitude” exhibition was unveiled, featuring paintings of heroes who have led Canada through the pandemic.