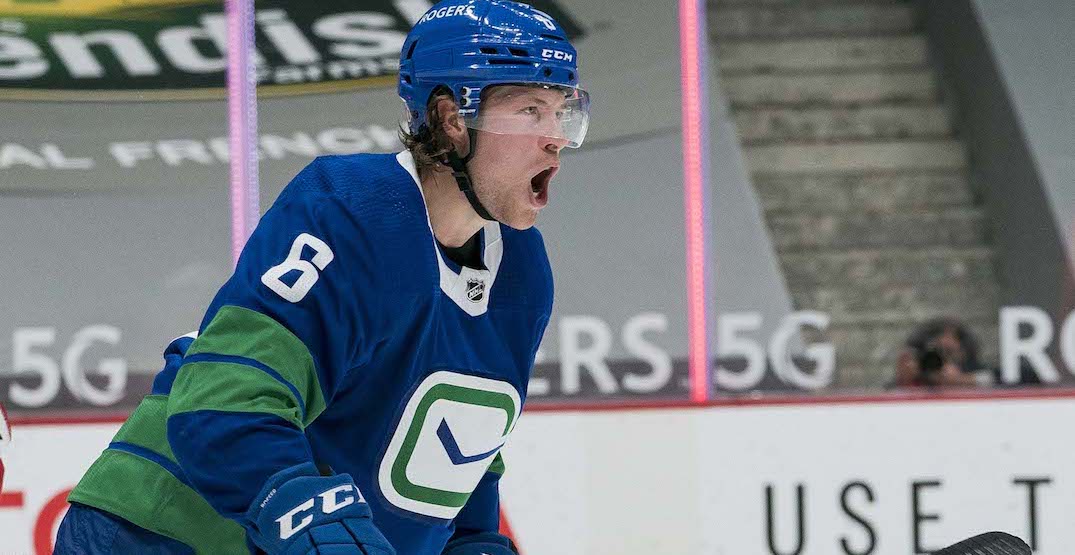 Brock Boeser is ready to return.

The Vancouver Canucks winger missed all but one preseason game and the first three games of the regular season, but he will suit up in Buffalo tonight.

Boeser suffered an undisclosed injury during the Canucks’ first preseason game, against the Seattle Kraken in Spokane on September 26. The 24-year-old told reporters on Monday that he “felt a little something” and then “something happened in practice where it just didn’t feel right.”

To make room for Boeser, the Canucks had to make a roster decision, resulting in Nic Petan going on waivers. The North Delta native will report to the Abbotsford Canucks if he goes unclaimed.

Petan hasn’t yet been able to get into the Canucks lineup this season. The 26-year-old centre has 136 games of NHL experience with the Toronto Maple Leafs and Winnipeg Jets.

Judging by how they lined up at practice yesterday, shown above by Thomas Drance of The Athletic, expect Boeser to play with Elias Pettersson and Nils Hoglander in his return. J.T. Miller lined up at centre, between Justin Dowling and Vasily Podkolzin, as Travis Green appears set to try to spread out the team’s scoring.

Quinn Hughes, who missed Monday’s practice with a “maintenance day,” was back on the ice for the morning skate on Tuesday. Green did say that Brad Hunt or Luke Schenn could be called into the lineup tonight — perhaps in place of Jack Rathbone or Kyle Burrows on the third pair, assuming Hughes is healthy enough to play.