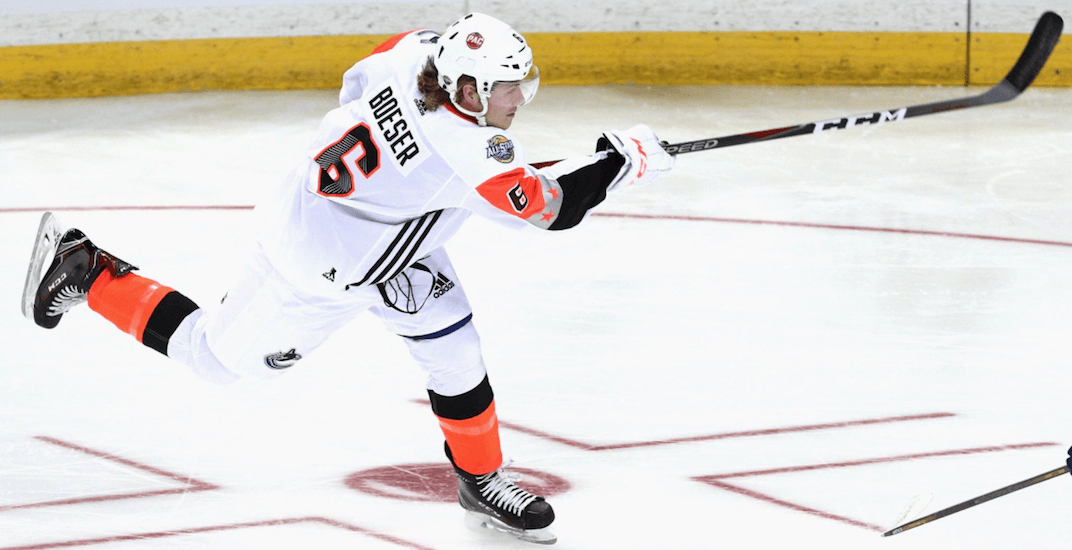 What a week for Brock Boeser.

After winning the accuracy shooting competition in the All-Star Skills on Saturday, Boeser followed that up with two goals and an assist on Sunday – earning him All-Star MVP honours.

But the accolades don’t stop there.

On Monday, Boeser earned the NHL’s First Star of the Week Award for the first time in his career. Jack Eichel and Robin Lehner, both of the Buffalo Sabres, were named the Second and Third Star, respectively.

Winning the All-Star MVP put Boeser in elite company, as he became just the second rookie to achieve the honour. Who was the other, you ask? Why that would be Mario Lemieux in 1985.

The All-Star MVP honour was the first-ever by a Canucks player in their 48-year history.

What a weekend! Had a great time competing with and against the @NHL’s best. Thank you @TBLightning for hosting and #Canucks fans for the support! pic.twitter.com/WiatBa85ji

Boeser not only shined at All-Star Weekend, he scored a pair of goals against the Los Angeles Kings on Tuesday. That performance came after a bit of a slump for the rookie sensation, having gone six games without a goal.

It goes without saying at this point that Boeser is having a phenomenal first NHL season. With 43 points in 46 games, he trails Islanders forward Mathew Barzal by eight points in the rookie scoring race. He’s seven goals clear of the next closest rookie, with 24.