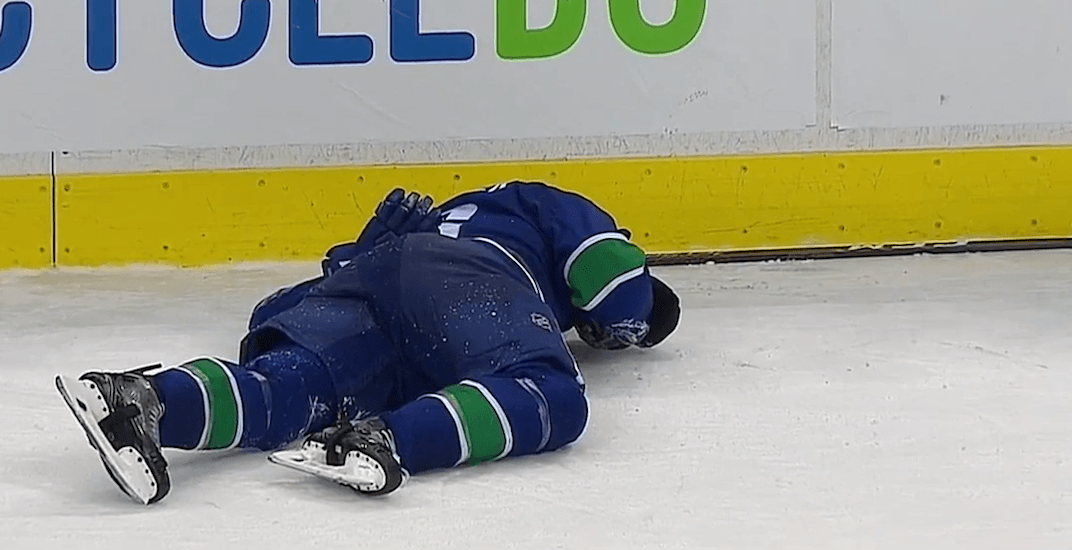 Brock Boeser’s season could be over after a nasty collision late in Monday’s Canucks-Islanders game.

The Canucks’ prized rookie was knocked off balance by New York’s Cal Clutterbuck, and sent barreling into the boards. To make matters worse, it happened during a line change, with the 21-year-old hitting the door opening at the Canucks’ bench.

Boeser clutched his hip/tailbone area right away, and looked to be in a considerable amount of pain. He didn’t put any weight on his left leg, needing help to get to the dressing room.

A stretcher was seen headed for the Canucks’ dressing room, before Boeser was taken to hospital.

Boeser was taken to hospital in ambulance. #Canucks

“He’s gone to the hospital for precautionary reasons,” said head coach Travis Green in his post-game media conference. Green was careful not to comment too much about the severity of the injury, but added that the Canucks’ medical staff feels like it could be a bone bruise.

Certainly that would be the best-case scenario.

Anything less than best-case could mean the end of the season for Boeser, given under five weeks remain before Vancouver’s final game. He has 29 goals and 55 points, and was on pace to set a new Canucks rookie record in both categories.