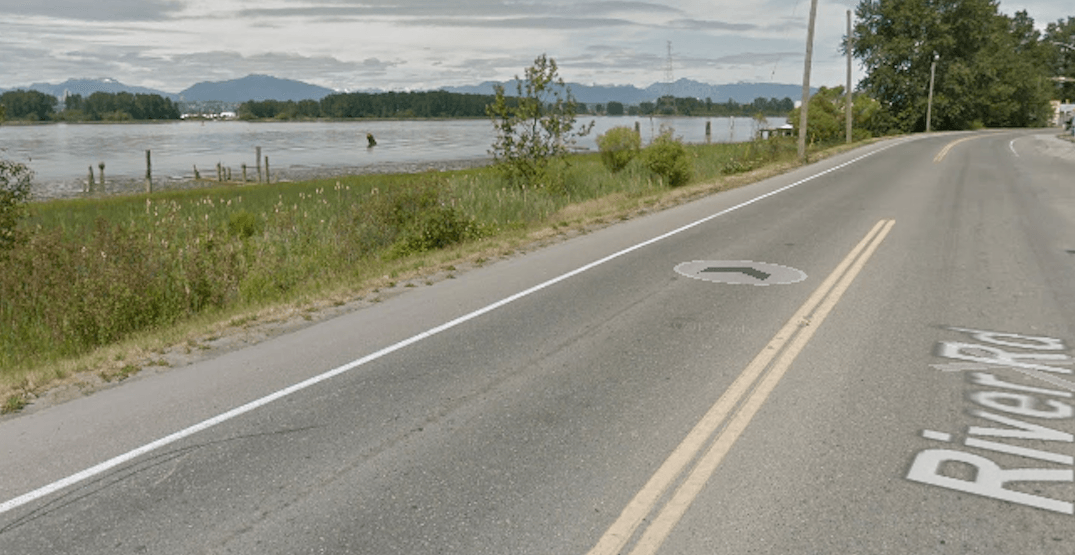 River Road, near where the body was found (Google Streetview)

A man’s body has been pulled from the Fraser River in Delta this morning, police confirmed.

According to a release, the body was pulled from the river at the 8200 block of River Road, after a man who police said works in the area, saw the body and called police.

No details on who the man is or how his body ended up in the river have been released.

“At this point our priority is to identify the man, and then ensure next of kin notifications are completed,” said Delta Police spokesperson, Cris Leykauf.

“Our officers are reaching out to neighbouring police forces regarding any missing person reports, or other relevant information.”

The Coroner is on scene and the investigation is continuing.