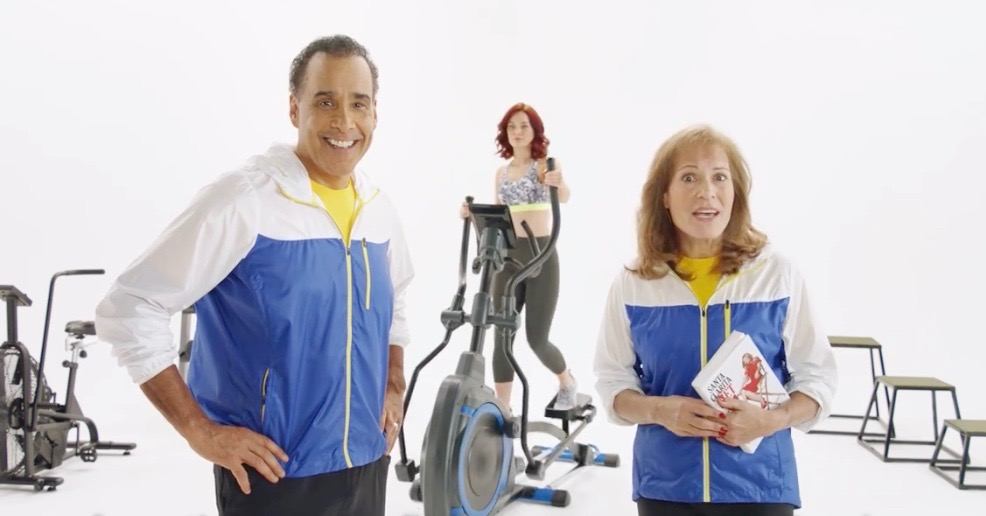 “Until next time, keep fit and have fun!”

If you grew up in Canada, those words will bring you right back to Hal Johnson and Joanne McCleod encouraging you to get out for some participACTION instead of sitting on the couch watching them on TV.

So how lovely it is to see the couple (yes, they married in 1999) back where they belong –on the small screen in matching outfits and big smiles.

Still looking fitter than most of the country, Johnson and McCleod promote the Santa Clarita Diet, the name of Netflix’s new show starring Drew Barrymore, in which the diet of choice happens to be humans.

Warning, this Body Break is literal. But hey, at least the body they’re breaking is a nameless ‘social media influencer’ the two old-school hosts are making fun of.

Enjoy. And until next time…