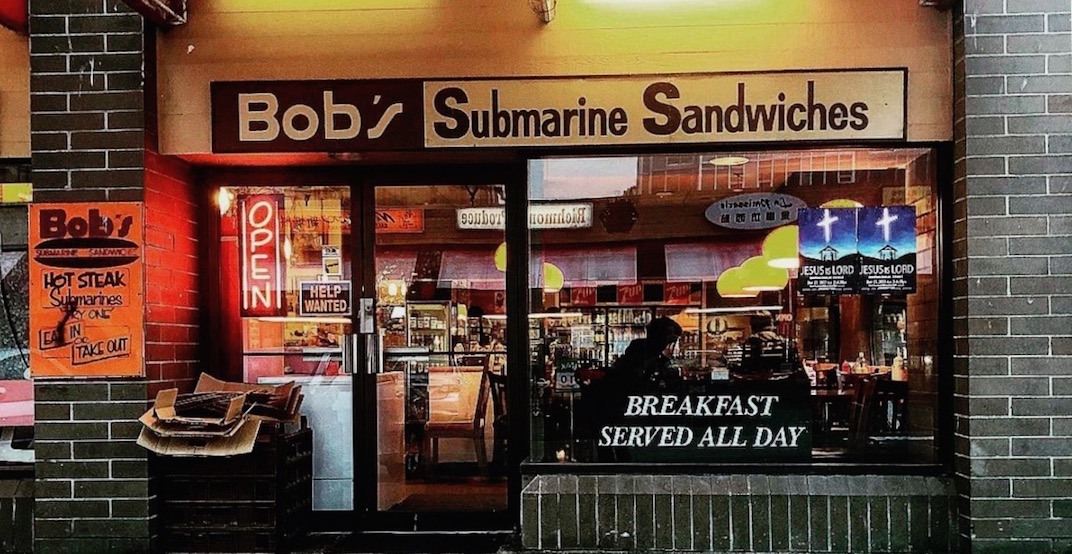 Owners and operators Frank and Mi-Yeong Lee came to Canada in the mid 80’s and purchased Bob’s Subs in 1990. They’ve been serving their legendary cheap all-day breakfast and stuffed-to-the-max submarine sandwiches in Richmond ever since.

“It’s been a playground, a meeting place, something special”, Frank says of the role Bob’s Subs has played for the community it has called home for 28 years.

The nostalgic diner is still equipped with its original decor and incredibly affordable prices.

“Almost a hundred people ask us every day why we’re closing,” says Mi-Yeong.

From fully stuffed subs, greasy breakfast, or a fried chicken meal for just $5, Bob’s has been successfully satisfying big cravings for years.

The reason for the closure is redevelopment, a situation many eateries in Metro Vancouver have been faced with.

Brighouse Square (just adjacent to the Richmond-Brighouse Canada Line station) is slated for total reconstruction. Another notable spot in the complex, New Town Bakery, will also be closing after 24 years of operation.

Frank and Mi-Yeong have no plans of re-opening another location currently. They’ve spent most their adult lives at Bob’s Subs, raising two children during this time. A new chapter unfolds for the couple, Mi-Yeong saying this is not a retirement, but a “new-tirement”.

Whether you’ve grown up eating here or having it for your first time there’s still time to experience Bob’s in all its original glory before it serves its last customers on March 31.