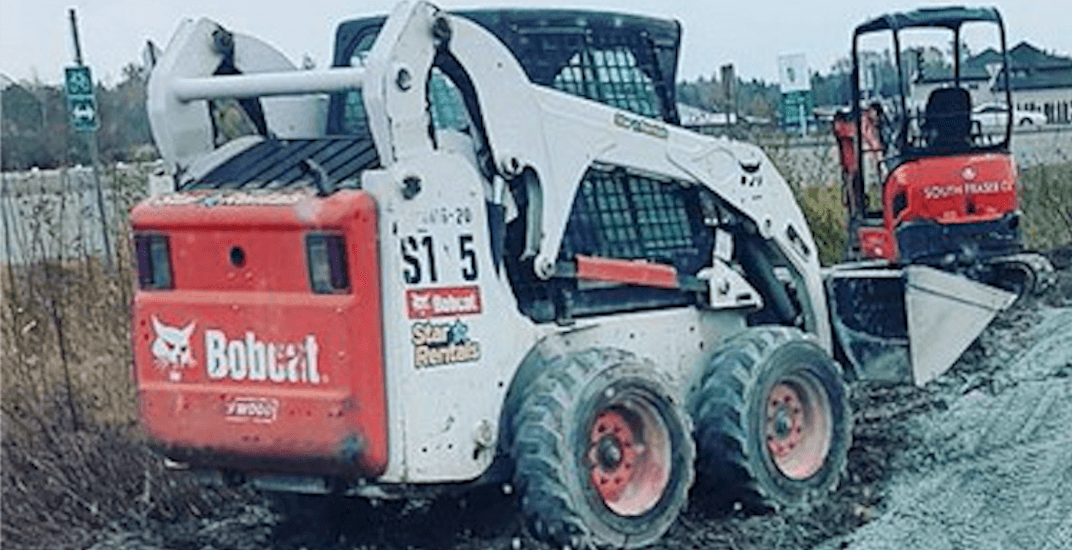 One of the stolen bobcats in Langley (RCMP)

While theft issues are nothing new throughout Lower Mainland municipalities, the issue of people stealing bobcats appears to be a growing problem in Langley.

In fact, Langley RCMP note that they have received no less than three separate reports of missing earth-movers in different neighbourhoods since the middle of October.

Police said the thefts have occurred in Willoughby, Langley City and Aldergrove.

Two of the bobcats were stolen from construction sites, while a third one was simply taken from the back of a pickup truck, police said.

“Criminals are more industrious than you might suspect,” said RCMP Cpl. Holly Largy. “You should take extraordinary steps to secure your property or it may roll away.”

Largy offered other bobcat owners tips on keeping their machines safe, including “using locks and chains to secure equipment,” or simply “remove the battery.”

It’s anyone’s guess at this point where these sizeable machines are currently being stashed, but police are investigating.