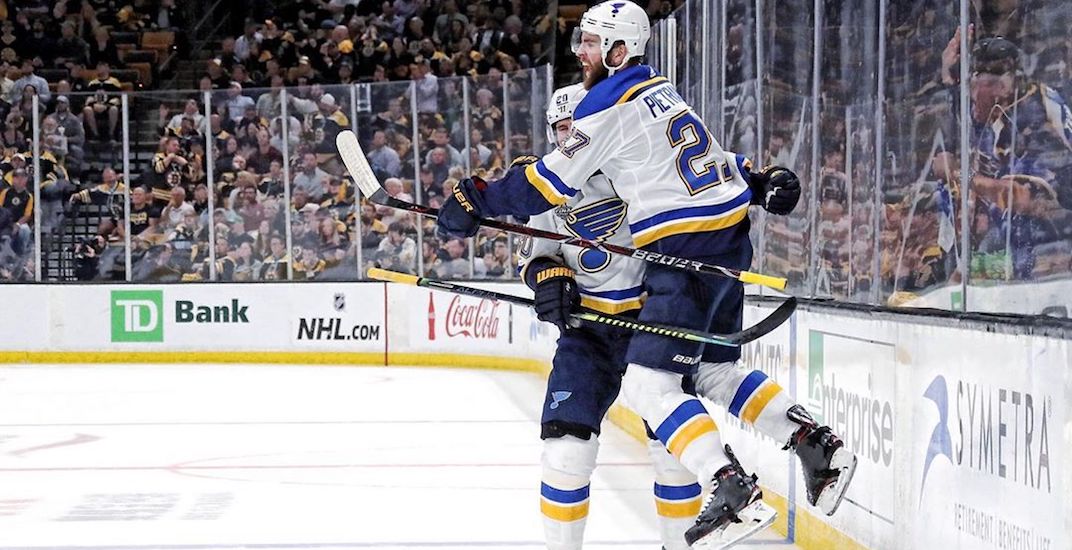 One of the most improbable Stanley Cup worst-to-first stories in NHL history has been completed. The St Louis Blues sat in last place in the entire league on January 3, and now they are champions.

The St Louis Blues have won the Stanley Cup after defeating the Boston Bruins 4-1 in Game 7. The hero for the Blues was rookie goaltender Jordan Binnington, who was sensational, stopping 32 of 33 shots he faced in the win.

The Blues were badly outplayed to start the game, needing numerous big saves from Binnington to keep the game tied at 0-0. Despite being outshot 12-4, the Blues somehow escaped the period with a 2-0 lead – with goals from Ryan O’Reilly and captain Alex Pietrangelo.

After a scoreless second period, Brayden Schenn and Zach Sanford scored in the second half of the third to give the Blues a commanding 4-0 lead. Matt Grzelcyk answered back for the Bruins, but it was too little, too late.

The moment many have waited a lifetime to see happen!!! Celebrate, St. Louis!!!!!!! pic.twitter.com/xTzDHsiO8Z

The Stanley Cup victory is the first in Blues history. Entering the league in 1967, St Louis shared the NHL’s longest Stanley Cup drought with the Toronto Maple Leafs.