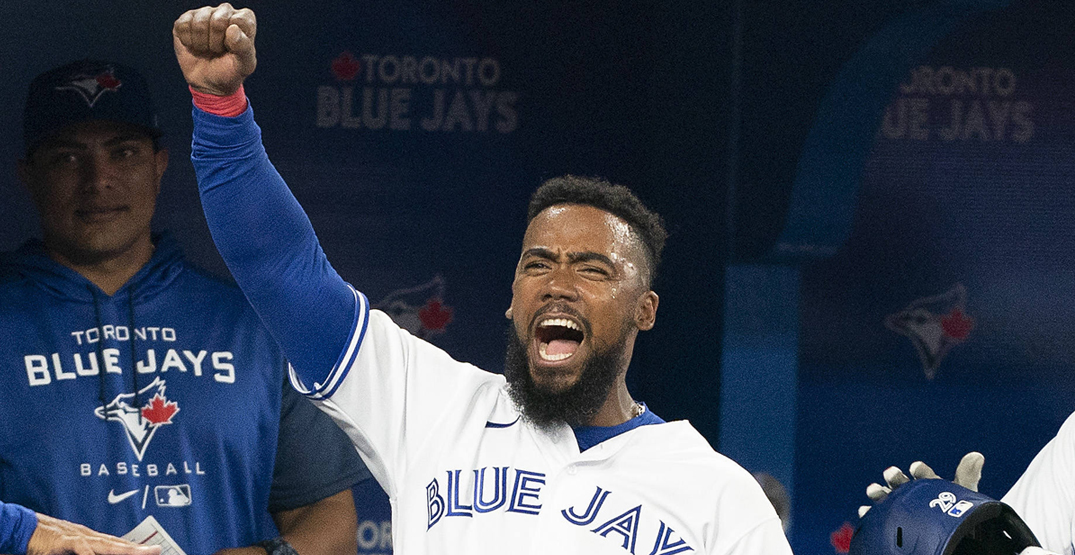 “Exciting” only begins to explain the 2022 Toronto Blue Jays so far.

In game one of their highly anticipated season, the hype was astronomical. Many flouted the Blue Jays as a World Series favourite, and the anticipation for this season was unlike anything seen in years.

All it took was one inning to let the air out of that balloon, but not before the Blue Jays emerged victorious in one of their wildest Home Openers in franchise history. Toronto started the season with a 10-8 victory over their old rivals, the Texas Rangers.

But the win was anything but academic; number one starter Jose Berrios struggled mightily in his 2022 Blue Jays debut and failed to make it out of the first inning after recording one, yes, only one out in the first inning.

After 34 pitches and four earned runs off Berrios, manager Charlie Montoyo had seen enough and pulled his starter in the very first inning. For those wondering, it wasn’t the shortest start in Blue Jays history, but his 0.1 inning start was the shortest of Berrios’ career.

At the time, it may have felt like a bad omen of the 2013 Home Opener when things quickly went awry in that game (does the memory of J.P. Arencibia trying to corral R.A. Dickey’s knuckeball ring a bell?), and ultimately that 2013 team finished dead last in the division.

In the first inning of game one of the 2022 season, the Blue Jays went to their bullpen. *Collar pull*

Things unraveled further with a passed ball, some missed double play attempts by Blue Jays infielders, and suddenly the Rangers leapt out to a 7-0 lead. Heading into the bottom of the fourth, Texas had a 98% win probability according to Baseball Savant.

From Baseball Savant, the Blue Jays had a 2% win probability in the 4th inning. We've seen this movie before. pic.twitter.com/SiZ3v5fKRX

That’s when the “never say die” Blue Jays started storming back for one of their 2021 signature comebacks. Toronto finally got on the board with three runs in the bottom of the fourth. And that’s when the magic happened.

Thanks to a game-tying three-run home run courtesy of Teoscar Hernandez, the Blue Jays were suddenly back in it. Down by seven runs, storming all the way back.

In case you didn't know…

Hernandez had a heck of a night, as he was front and centre on a go-ahead play at the plate in the seventh inning. The play was initially called out, but after a video review, Hernandez was called safe and the roof of Rogers Centre practically blew off in excitement.

mic'd up umps have no business being this electric pic.twitter.com/GYGQUv5g9j

All in all, Jordan Romano secured the final three outs and put the cap on the Blue Jays’ first win of the season, and one of the most dramatic and exciting Home Openers in franchise history.

We felt the energy of a COUNTRY in here tonight 🇨🇦 pic.twitter.com/97VX0j9CDe