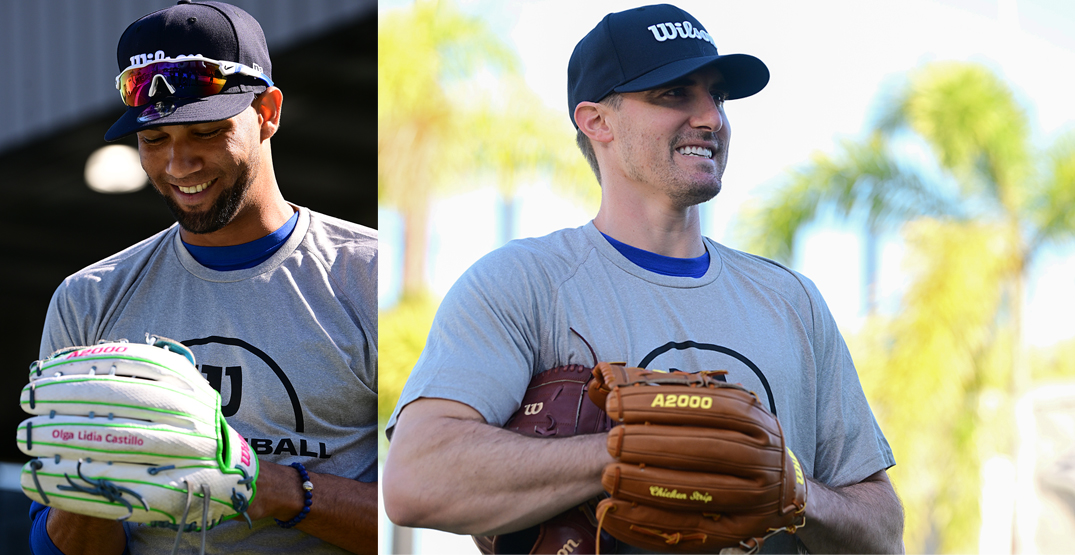 For baseball players, a brand new glove before the season opener probably feels a lot like a kid picking out their outfit for the first day of school.

“Glove Day” happens every spring training when manufacturers show up on-site and deliver a new crop of gloves to baseball players. Judging by a few of the numbers on the team, the Blue Jays have some of the flashiest gloves in MLB.

Wilson released a video filmed during Blue Jays Glove Day at spring training when players got fitted with new tools of the trade for the 2022 season.

Players have their pick of the litter, but Wilson has quite a few marquee Blue Jays under their umbrella wearing their gloves. Vladimir Guerrero Jr., Matt Chapman, Teoscar Hernandez, Hyun-Jin Ryu, Lourdes Gurriel Jr. and Ross Stripling all rock Wilson baseball gloves.

Chapman is a three-time Gold Glover at third base and a two-time Platinum Glove-winner as the best defensive player in the American League, so his glove is crucial to his Gold Glove-calibre play at the hot corner.

Some other interesting takeaways: Stripling has his nickname “Chicken Strip” embroidered on the ring finger of his glove (he also used “Chicken Strip” on the back of his jersey during Players’ Weekend a few years ago). Stripling also only uses his gamer glove in-game to best hide his grip on his pitches.

Gurriel Jr. has his mother’s name stitched in pink, and Chapman wrapped out the heather green laces for some baby blue ones, though it sounds like he may switch to a navy blue glove at some point.

But the flashiest number of all belongs to Ryu, who has a new aquamarine glove to go along with his baby blue number. It may not rival Jazz Chisholm’s ice cream cone glove, but Ryu’s aqua glove will stand out no matter which uniforms the team wears.