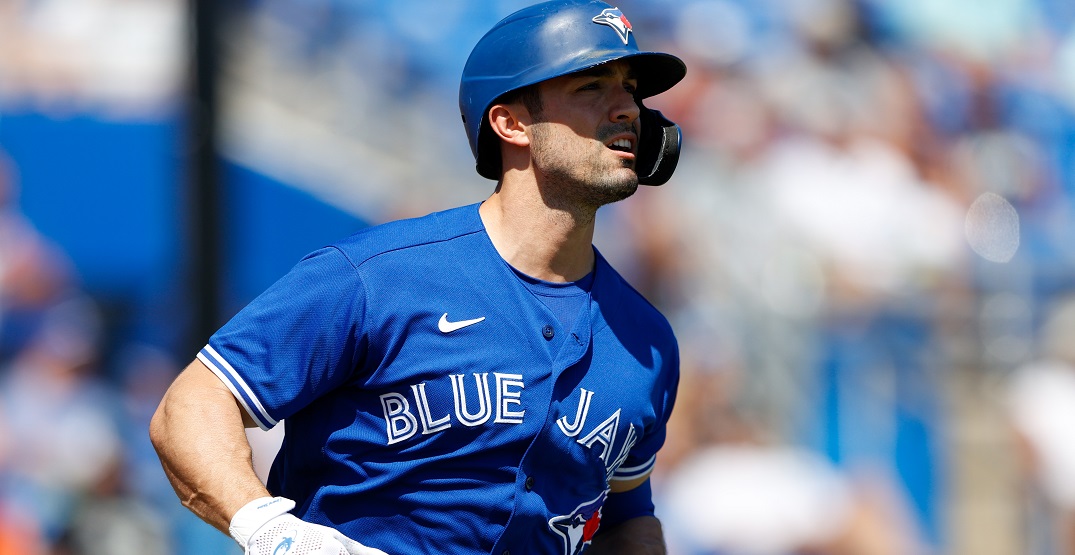 It appears that the Randal Grichuk era in Toronto is over.

Mark Feinsand tweeted Tuesday that the Blue Jays have traded Grichuk to the Colorado Rockies in exchange for outfield Ramiel Tapia.

Randal Grichuk has been traded from the Blue Jays to the Rockies for Ramiel Tapia, per source.

The move allows Toronto a bit of salary flexibility while also trading Grichuk for a younger player, while also bringing in a left-handed bat to the Jays’ right-handed lineup.

He has two years remaining on a five-year, $52 million contract. Per TSN’s Scott Mitchell, the Raptors are covering “approximately half” of the rest of Grichuk’s deal.

#BlueJays are covering approximately half of what’s owed to Randal Grichuk over the next two seasons, per source.