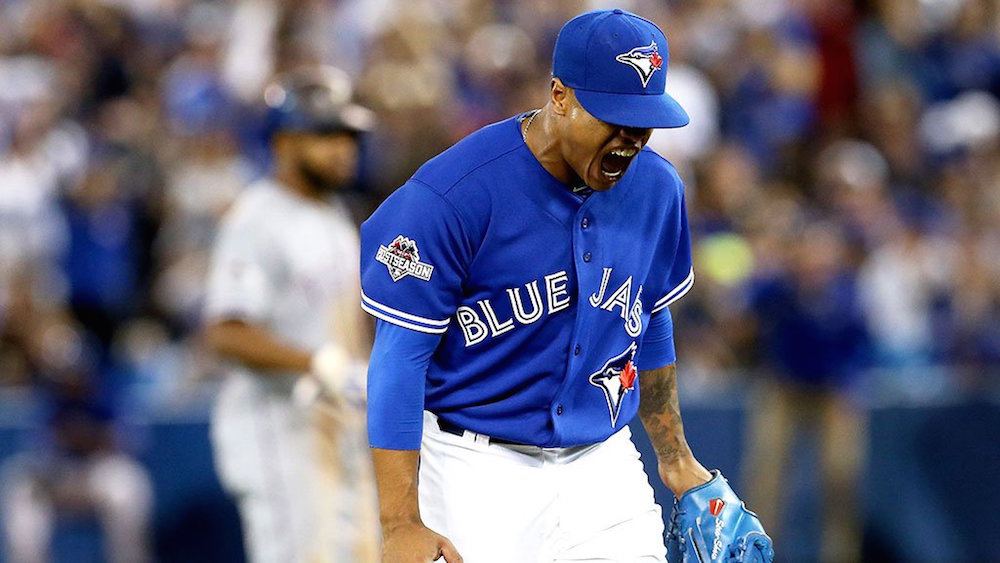 It’s been a frustrating season for everyone associated with the Toronto Blue Jays.

Hitting the MLB All-Star break with a 43-52 record, the Jays are already 14.5 games back of a playoff spot, and will be sellers at the trade deadline.

It’s been frustrating for pitcher Marcus Stroman too, given he’s 2-7 in 12 starts this year.

A day after losing on a walk-off grand slam in extra innings to the Boston Red Sox, the Blue Jays lost again on Sunday, this time with Stroman on the mound. Stroman had a decent outing, giving up just five hits in five innings, but took another loss as Boston prevailed 5-2.

Speaking with reporters following the game, Stroman was calm and collected… at least for what we saw on camera.

A question from Sportsnet’s Arash Madani got under his skin, and not for the typical reasons why athletes snap at reporters. Madani, apparently, had the audacity to ask Stroman about his time playing with the Vancouver Canadians.

Madani asked: “Just wondering for you, stepping on the field at Nat Bailey Stadium for the first time, what did that mean to you and your career?”

Stroman made his pro debut with the Vancouver Canadians in short-season Single-A after the Blue Jays drafted him in 2012.

”We just lost to the Boston Red Sox,” Stroman answered, with the cameras still rolling. “I don’t think that’s relevant at all right now.”

After the scrum broke off, the real fun began.

Stroman, according to multiple reports, began yelling at Madani.

Here is a snippet from today's post-game fireworks. Full story in the link below.

Stroman clarified his comments on social media on Sunday night, and reiterated his love for the Blue Jays, Canada, and the City of Toronto.

With regards to my post-game today. @BlueJays 🇨🇦 pic.twitter.com/CX2YXPGKd4